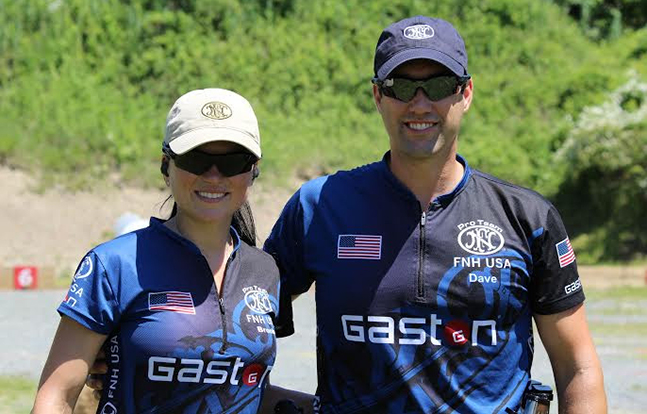 The event, presented by World Class Steel, was held at the Old Bridge Rifle and Pistol Club in Old Bridge, N.J.

Sevigny, whose Sevigny Performance Team is sponsored by Gaston J. Glock style LP, also added a very close second place in the Open Division, placing a little more than a second behind the winner, while teammate Brooke Sevigny finished fourth overall and fifth overall in the Iron Sight and Open Divisions respectively.

“Earlier this year, we competed at the Georgia State Championship in two Iron Sight Divisions,” Dave said. “At the Steel Challenge World Championship, we will compete in both Iron and Open Divisions, so shooting the Northeast Regional was a good way to re-enter the speed steel season.”

Dave and Brook will next compete in the Limited Division at the USPSA Area 5 Championship, talking place from June 12 -15 in Barry, Ill.

Dave is a top ranked World and National Champion in practical handgun sports. With 17 major championship wins in 2013, he surpassed the 200 career-win mark.

Dave is a Team USA Standard Division member for IPSC World Shoot XVII to be held October 2014 in Florida.

Last year marked Brooke’s second full season of competition. Still a relative newcomer to competition, her most notable accomplishment was winning the Ladies Metallic Championship at the NRA Bianchi Cup, along with two titles in Ladies Limited at the USPSA Area Championships in 2013.

Brooke is a Team USA Ladies Standard Division member for IPSC World Shoot XVII to be held October 2014 in Florida.

For information on pistol sights and training with Dave and Brooke please visit SevignyPerformance.com. 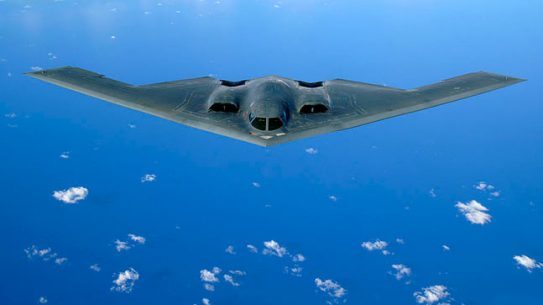 Watch as B-2 Stealth Bombers Arrive in Europe For Training

Pair of B-2 stealth bombers partaking in intercontinental training to improve interoperability with U.S....