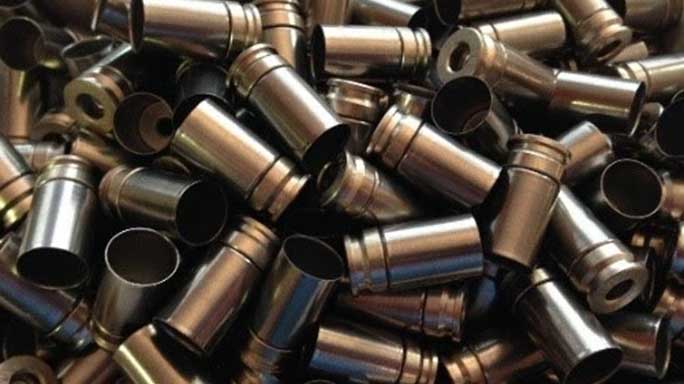 Shell Shock Technologies just announced that their NAS3 cases passed an extensive torture test with no ammo-related failures or malfunctions. The test involved Curtis Hallstrom of VSO Gun Channel continuously firing 1,000 rounds of L-Tech 9mm FMJ with Shell Shock Technology’s NAS3 cases through an Angstadt Arms UDP-9. Best part of all? The whole thing was captured on video, which you can check out below.

“Shell Shock’s new NAS3 two-piece casings are unlike anything I’ve ever seen before and with any new technology I always want to see for myself if the manufacturer’s claims are true. Shell Shock says its cases are stronger and more reliable than brass. Well, we shot one thousand rounds today; a lot of people won’t shoot a thousand rounds in a year and we did not have a single case separation or ammunition related malfunction. From a reliability standpoint, these new casings are flawless. I give Shell Shock Technologies two thumbs way up,” Hallstrom said in a statement.

Shell Shock’s NAS3 cases have also been tested to pressures over 70k psi. They’re cool-to-the-touch when ejected, and can be picked up with a magnet. The head can be colored for both branding purposes and so that the user can easily identify the load, the release states. 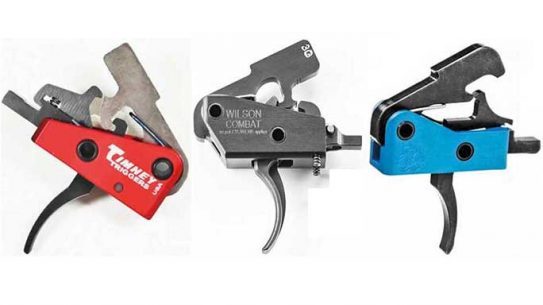 A dozen examples of aftermarket triggers that will up your AR's precision and control.