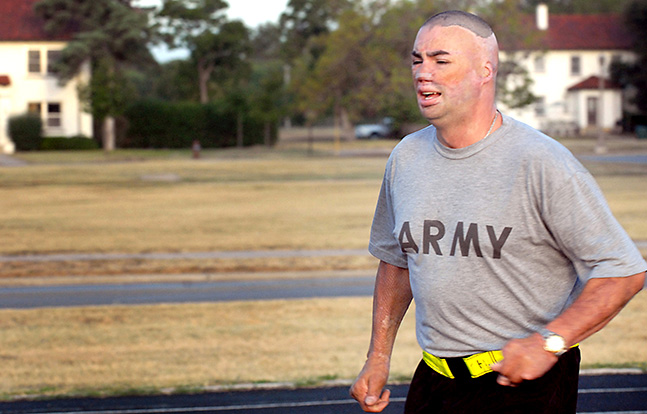 Staff Sgt. Shilo Harris’ lost a lot in February of 2007 after his Humvee was hit an IED while on patrol in Iraq.

He lost his ears, part of his nose, some fingers and over a third of the skin on his body. He also lost three of his best friends in the blast. After two months in a medically induced coma, the real road to recovery began.

Now, Harris shares his inspiring story in his memoir, Steel Will: My Journey Through Hell to Become the Man I was Meant to Be.

The tragedy of 9/11 prompted Harris to enlist in the Army and he quickly found success as a Cavalry scout.

On his second deployment, an IED blast left him severely wounded, killed several of his men and sent him home to a “new normal” full of hospitals, painful surgeries and skin grafts, physical therapies and medical miracles — Harris was the first to participate in a stem cell trial treatment which successfully grew back tissue on his hand.

He also relied on the patience of his family, friendships with chaplains and a desperate and budding faith in God to overcome.

Steel Will chronicles a journey of pain and suffering, but also strength, persistence, love and resiliency of the human spirit. Harris reflects on his military years and combat deployments with the wisdom of a seasoned leader of men. The book reads like a modern-day “Band of Brothers” and any military enthusiast or history buff will appreciate Harris’ retelling of his time as a soldier.

Both the Kindle and hard cover versions of Harris’ new book are available on Amazon. 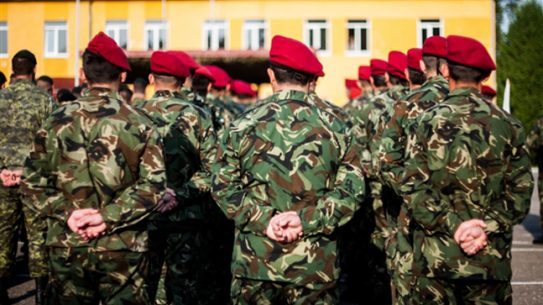 The annual Rapid Trident field training exercise, which includes troops from 15 nations, was...