A Shively Police officer shot a man recently following an extended chase through a Kentucky neighborhood outside Louisville. Moreover, the suspect brandished a loaded pistol after ignoring officer warnings. 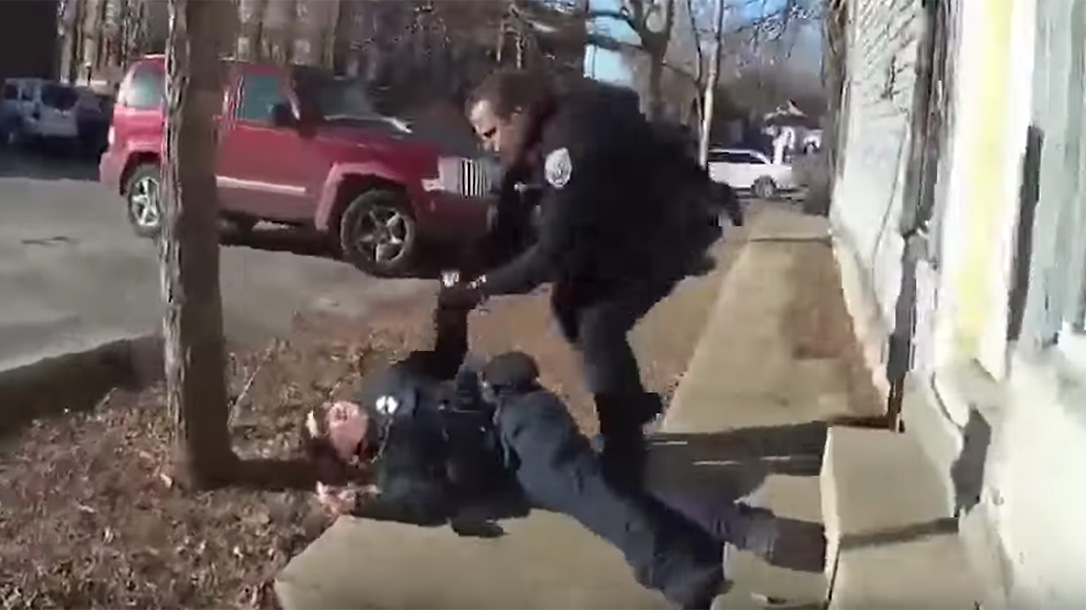 Officer body cam footage shows an officer, identified by wdrb.com as Steve Becker, an 11-year veteran, cutting through yards and hopping fences in pursuit. Further, footage shows Becker catch up to Sams, ordering the suspect to show his hands. But Sams responds with obscenities and allegedly pointed a gun at Becker.

Then footage clearly shows Becker engage the suspect with several shots, putting the suspect down.

“An officer never, never wants to fire his weapon,” said Shively Police Chief Kevin Higdon, according to wdrb.com. “He just wants to come in and do his job and go home. That’s what every officer who puts on the uniform wants to do.”

Police recovered a loaded pistol on the ground next to Sams. Also, authorities transported Sams to University Hospital to treat wounds to the torso, hip and leg. Police also found drug paraphernalia on the ground near Sams, according to wdrb.com.

Authorities said Sams’s condition had stabilized. The suspect faces charges of “first-degree wanton endangerment, fleeing or evading police, possession of a handgun by a convicted felon, criminal trespassing and possession of drug paraphernalia,” according to wdrb.com. 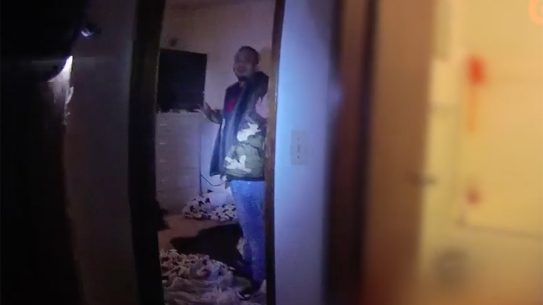