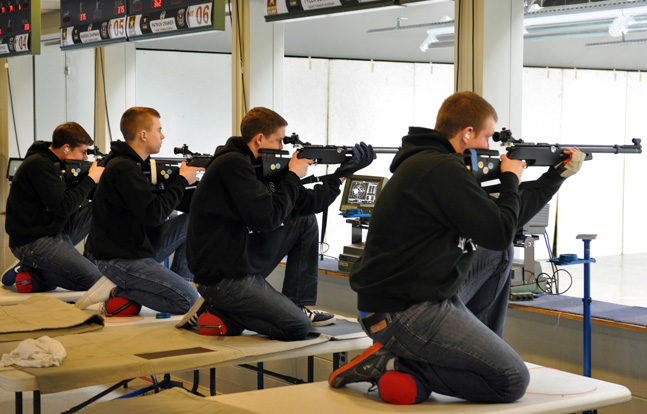 Fort Benning and the ranges of the U.S. Army Marksmanship Unit will be at the center of the shooting sports world for the next few months. From juniors to Olympians, military to civilian, more than a thousand competitive shooters will make their way onto post to vie for world, national and military championships.

Things start off Monday with the 2014 U.S. Army National Junior Air Rifle Championships, held at the USAMU’s Pool Indoor Range. The match consists of junior shooters, age 13-18, who shot their way to the nationals after winning state matches held in the fall of 2013. More than 80 competitors will shoot for titles in sporter and precision divisions.

Following the pistol match the NRA will turn its focus to its Rifle Club Championship to decide the 2014 National Collegiate Rifle Club Individual and Team Champions, and ROTC Individual and Team Champions. The championship will feature Smallbore Rifle and Air Rifle competitions and training summits for all participants at Pool International Range Complex. Shooters from Clemson, Penn State, Univ. of Michigan, and others look to return to Fort Benning.

The ASCSC concludes with the Scholastic Pistol Program’s National Collegiate match. The SPP is a youth development program where adult coaches and volunteers use shooting sports to teach and demonstrate sportsmanship, responsibility, honesty, ethics, integrity, teamwork and other positive life skills. The match will be held on the USAMU’s Krilling Range.

Upon conclusion of the ASCSC the USAMU will turn its focus to the big boys of the sport with the 2014 International Shooting Sports Federation’s (ISSF) World Cup USA for rifle and pistol March 26 – April 3. Hundreds of athletes from around the world will converge on Pool and Phillips Ranges, including Olympic medalists from the London and Beijing games. Simultaneously two other events will be conducted: Youth Olympic Games Shooting Qualification and the ISSF Target Sprint competition.

Similar to the Olympics, the YOG is held every four years. Junior shooters born in 1996 or 1997 will attempt to represent Team USA at the 2014 games slated to be held in Nanjing, China in August. The Target Sprint competition is a new shooting discipline that the ISSF is introducing in the USA. It combines three 400-meter runs with two 5-shot rifle shooting series that are fired at biathlon-type knockdown targets. The athlete who completes all five stages the fastest is the winner. The Fort Benning event will have categories for experienced and inexperienced shooters as well as for male and female age groups. The public is invited to compete in this event during the World Cup.

On May 9 USA Shooting (USAS), the national governing body for the sport of shooting, will host the Rifle and Pistol World Championship Selection match. The nation’s best shooters will battle for slots to represent the U.S. at the 51st ISSF World Championships, which will be held in Granada, Spain in September. In addition to the prestige of being the world championship, it will also be the first match where countries can obtain quota slots for the 2016 Rio Olympic Games. The selection match runs through May 22 at Pool and Phillips Ranges.

In June not a day will go by without an important match being held on a USAMU range. It starts June 1 with the International Paralympic Committee (IPC) World Cup for rifle and pistol shooting. During this event Paralympic athletes will compete in events from distances of 10-, 25-, and 50-meters in men’s, women’s and mixed competitions. It will be the first world-level match on home soil for Soldiers from the USAMU’s Paralympic section who are national team members. 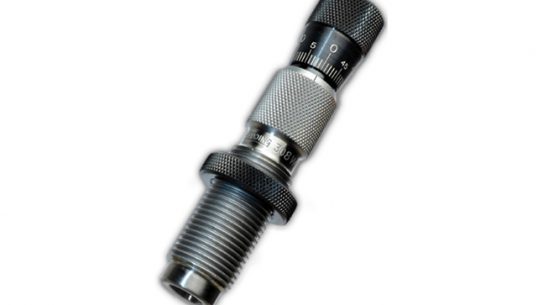 Redding has introduced a pair of Micro-Adjusting Taper Crimp Dies for the two most...