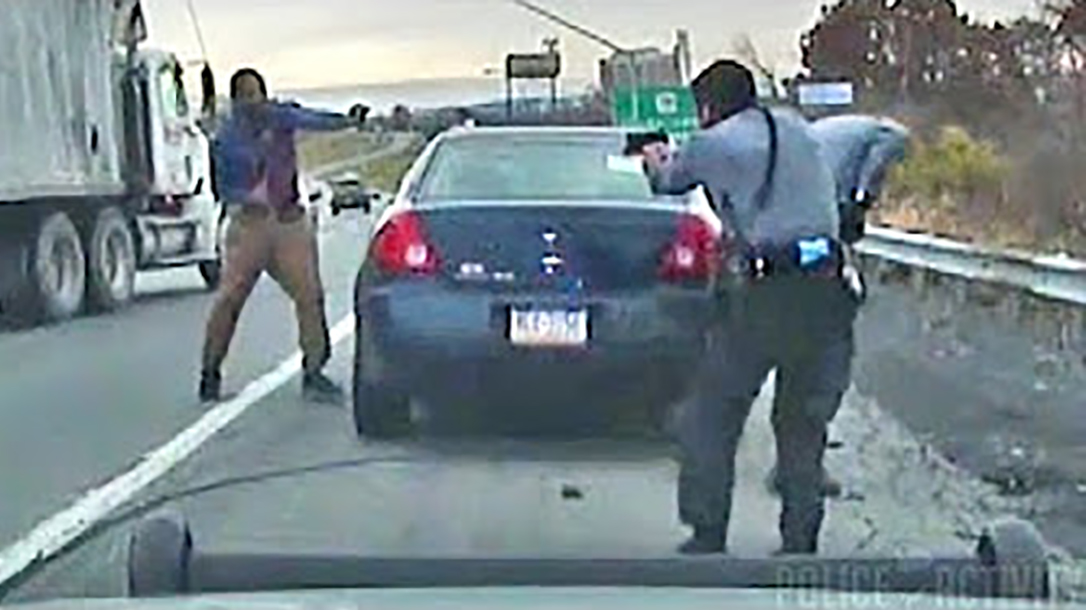 Officer Timothy Gramins now carries 145 rounds while on duty, a lesson learned after his 2008 56-second shootout with a “Gangster Disciple” bank robber. The criminal vowed to kill any police officer that stopped him and Officer Gramins happened upon him. During the incident, the criminal fired over 21 rounds at Officer Gramins despite being shot by the Officer multiple times from his Glock 21. 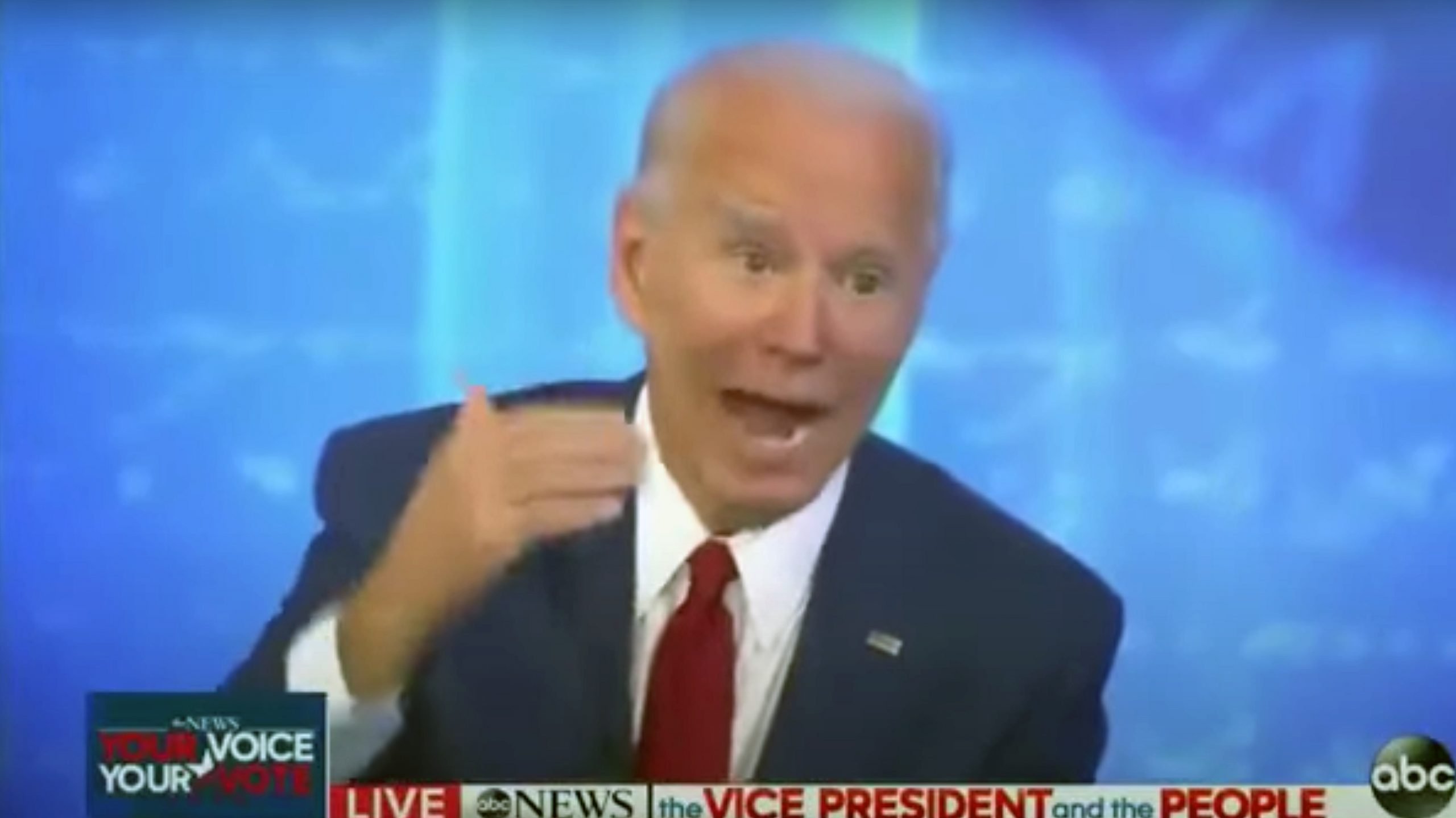 Why Shooting to Wound Doesn’t Work

Officer Gamins reportedly shot dry and reloaded twice. “I thought I was hitting him, but with shots going through his clothing it was hard to tell for sure,” he said. “This much was certain: he kept moving and kept shooting, trying his damnedest to kill me.”

This case, and many more, show examples of effective fire failing to stop a violent criminal. Even when struck in vital areas, they can keep moving and attacking. Despite these facts, one Georgia law enforcement agency attempted to reinvent proven LE training recently. LaGrange police department began training officers to shoot to incapacitate. The shooting to wound philosophy states it would be considered less life threatening to shoot at smaller, often faster-moving targets.

The theory itself goes against experience, facts and studies on human and ballistic dynamics. It is also contrary to a change in law enforcement training that occurred decades ago over unaccountable shots by officers and shooting for reasons other than to protect life.

In 1985, U.S. Supreme Court case, Tennessee v Garner, reversed long-standing practices based on English common law. It set new standards for law enforcement’s use of deadly force. Now police could shoot at a fleeing suspect “only if the officer has a good-faith belief that the suspect poses a significant threat of death or serious physical injury to the officer or others.” In 1989, Graham v Connor made it clear the legal test by which force is used, including deadly force, remains reasonableness.

Decades prior, law enforcement officers could shoot at suspects for a host of reasons, including stopping a suspect for almost any type of crime. This was based on that English common law precept which imposed a death sentence for most felonies. Under that legal doctrine, shooting at a fleeing suspect had the same effect and penalty as catching them.

Unfortunately, many suspects proved either unarmed or committed only minor offenses. Worse still, sometimes officers missed, begging the question: where did the rounds go?

That lack of accuracy and accountability of the shots fired pushed the profession to devise better training and use of force standards, reinforced by the Tennessee vs Garner landmark case. Additionally, missed rounds underscored the liability for the surrounding public. If an officer missed the suspect, hand, leg or arm – multiple shots could ensue. All subsequent rounds may surely find an end point somewhere other than the intended suspect.

Which brings us back to why shooting to wound makes no sense.

First, multiple research studies have been done to conclude that an officer is always behind the curve with responding to a suspect’s actions. Even with draw times, officers average draw speed is almost always a half a second or so behind a suspect, placing the officer in the defensive position from the start of an incident.

Secondly, suspects move quickly and often quicker than officers because they are uninhibited by the law or care for hitting bystanders. This makes hitting small and fast moving targets like a hand, foot or leg not only impractical but improbable as research has proven time and again. This also shows that the reasonableness standard allowed to officers by the Graham decision, enabling them to react based on a totality of circumstances, is not only appropriate but practical to help save the officers and victims lives.

Third, with the way the Tennessee decision restricts officers use of deadly force to only to protect life, the use of deadly force in only in the gravest of circumstances,  David Klinger, professor of Criminology and Criminal Justice at the University of Missouri-St. Louis said, “Shooting to injure or maim someone wouldn’t stop an aggressive subject….and officers are trying to stop the threat to their life, or the life of their partner or a citizen. Why would we want to injure or maim people?,” he said. “It doesn’t stop them.”

Fourth, ballistics don’t always work the way intended, and “magic bullets” still don’t exist. Handguns, the primary law enforcement duty weapon, pack a low-energy punch (aka, terminal ballistics). Often, one bullet from a handgun does not possess enough terminal ballistics to stop a threat, especially in the area of “center mass” where a lot of tissue and bone are located. Therefore, it often takes multiple shots to “stop a threat,” but even then, history has shown that they may keep fighting and killing. So if hitting an area filled with vital organs can’t stop a threat with the involved miss rates, how can shooting at a non-vital area with an increased miss rate solve the problem?

Add into the above, the documented stress factors during an incident on an officer and the impact that stress has on shooting accuracy, trying to hit a small moving target would be very difficult and reckless.

Or as Professor Klinger said, “Because of the potential risks, it would be “very difficult” to train officers to shoot to wound instead. If someone’s life is in jeopardy, shooting to maim or injure will have little effect on the actions of the individual who is trying to kill.”

In officers Gramins’ incident, the gangster took 14 gunshots by the .45 ACP round, roundly considered one of the most powerful fight-stoppers on the market. Six round struck the heart, right lung, left lung, liver, diaphragm, and right kidney. All shots considered “center mass,” standard in law enforcement training, they failed to stop the threat. It wasn’t until Gramins, from behind cover, saw the suspect bend down to peer under the patrol car, that he was then able to strike the suspect in the only target area available – his head, which finally stopped the threat.

Based on the above facts and research, shooting to wound, which is not a new concept, flies in the face of facts, data and human dynamics.

While it is always critical for law enforcement to adapt new tactics and training to meet current community and tactical needs, those changes should be rooted in fact and science, not fiction. Despite Hollywood depictions that shooting guns out of the hands of suspects is possible, the reality is it isn’t practical and the only hit that type of situation may produce, is on the  bystander who happens to be in the wrong place at the wrong time. 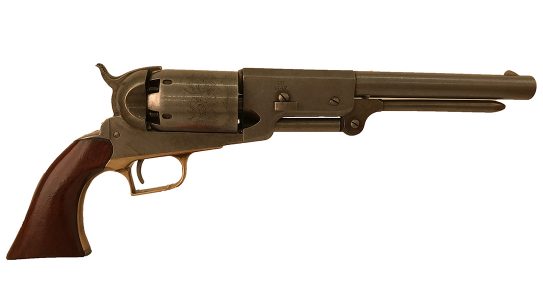 Honoring Samuel Walker and the legendary Texas Rangers, the state of Texas named the...