With firearms and ammunition sales having surged last year in a struggling economy, there were many positive signs this week at the industry’s annual trade show — the Shooting, Hunting and Outdoor Trade (SHOT) Show — that indicated sales will remain robust in 2010.

The show’s return to Las Vegas sparked a rise in attendance over the previous year, with buyers packing exhibit booths to review products and then placing orders on the latest shooting, hunting and outdoor gear.

Overall attendance was 58,444, only several hundred shy of the show’s all-time record set at the 2008 Las Vegas Show and more than 11,000 above last year’s show in Orlando. The show attracted an all-time high of 31,280 buyers, and the 1,804 media professionals attending established a new record.

The SHOT Show filled the Sands Expo & Convention Center for four days, January 19-22, reaffirming its stature as the world’s premier exposition of firearms, ammunition, outdoor and tactical apparel, optics, cutlery, camping and related products and services. The show is owned and sponsored by the National Shooting Sports Foundation, the firearms industry’s trade association.

Exhibiting companies numbered 1,633 — about 125 of them international — covering 700,000 net square feet in the convention center’s halls and the Venetian Hotel’s meeting rooms.

The show got off to a grand start at NSSF’s opening-night State of the Industry Dinner, where NSSF President Steve Sanetti welcomed more than 1,500 industry professionals, saying, “With sales and revenues in much of our industry at a decade-long high despite the worst recession in a generation, we have thrived. I have to say that the state of the industry in 2010 is about as strong as I’ve seen it. We have millions of new firearms owners that have joined our ranks since we last met in Orlando — a testament to the popularity of firearms ownership in America and proof that hunting and target shooting remain popular activities among all ages.”

Comedian Dennis Miller provided the evening’s entertainment. Many celebrities were on hand at the show, including actor Seven Seagal, who is launching a new line of tactical gear. “My impression of the SHOT Show is it’s amazing,” said Seagal. “It’s probably the greatest gathering of special technology for police and military I’ve ever seen in one place. It’s extremely impressive.”

In addition to the sale of hunting and shooting gear, the SHOT Show is known for its many educational seminars for firearms retailers. The pre-show SHOT Show University seminars were completely full and featured presentations by the Bureau of Alcohol, Tobacco, Firearms and Explosives and marketing experts. For the first time, the show provided seminars for law enforcement professionals, sponsored by NSSF and Law Officer Magazine, which complemented the show’s law enforcement product section.

The record turnout of members of the outdoor media was notable since the press publicizes the show’s many products to their hunting and shooting readers and viewers. 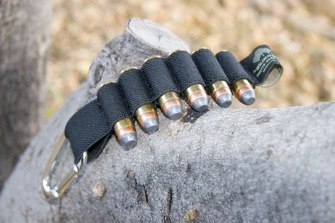 With firearms and ammunition sales having surged last year in a struggling economy, there…