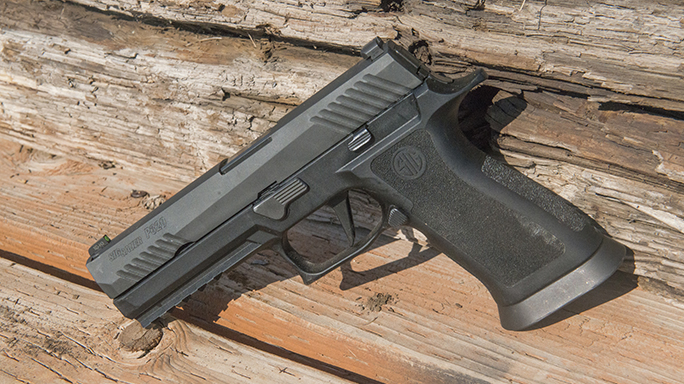 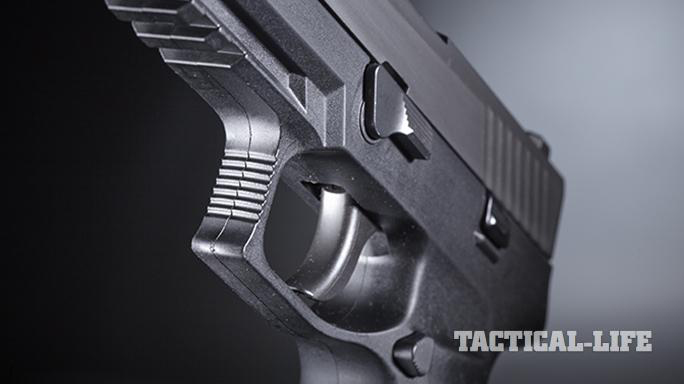 2 of 3
Report: Dallas PD Suspends the Sig Sauer P320 from Duty Use 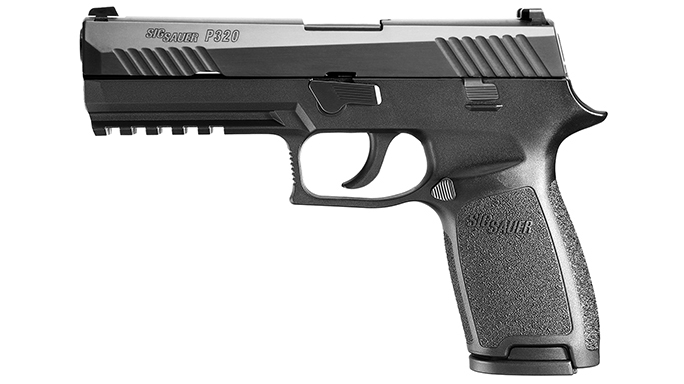 3 of 3
Report: Dallas PD Suspends the Sig Sauer P320 from Duty Use 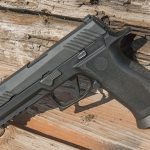 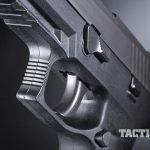 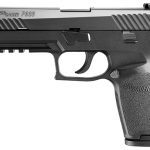 In response to multiple videos surfacing in the last 24 hours of the Sig Sauer P320 pistol discharging when dropped, the company has issued a voluntary upgrade for its customers. Sig investigated the matter and also conducted its own tests.

“Recent events indicate that dropping the P320 beyond U.S. standards for safety may cause an unintentional discharge,” the company said.

Affected models are only civilian and law enforcement, not the M17 variant for the U.S. Army’s Modular Handgun System contract. In fact, the voluntary P320 voluntary upgrades being offered by Sig are based on the MHS model. The M17 variant has six different parts to the trigger group, which allows it to withstand more abuse.

“We took steps to add that same MHS technology and drop it into civilian and law enforcement versions of the P320,” Sig spokesman Jordan Hunter told Tactical-Life.

While Sig’s P320 meets the U.S. standards for safety, the drop tests conducted in the third-party videos are not a part of those standards. The drop test failures show the P320 being dropped from varying heights at a 30-degree angle onto its beavertail. The force causes the gun to discharge.

Omaha Outdoors was first to release a video of the failed drop test. The Truth About Guns followed up with a clearer drop test of its own (video below), which showed a brand new P320 pistol discharging twice on three drops.

“They did identify a potential issue and weakness in the design,” Hunter said of the TTAG video.

Sig conducted its own tests, which saw 11 different models of the P320 family dropped 200 times apiece.

“We think we came up with a solution because we don’t have that issue any more,” Hunter said. “The beavertail is no longer an area of weakness when it hits the ground.”

Details of the P320 voluntary upgrade program are expected to be made available on Monday, Aug. 14. Sig is currently working on the logistics of the program.

“By Monday we should have all of the details related to how current P320 owners can take action to enhance their firearm with this new, safer alternative,” Hunter said.

“I still believe the P320 is the safest striker-fired pistol on the market right now in its current U.S. civilian configuration,” Hunter said. “What we’re doing is further striving to enhance that and make it even safer.” 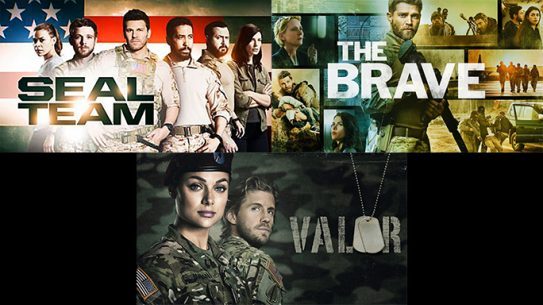 VIDEOS: These Three Military Shows Are Debuting in the Fall