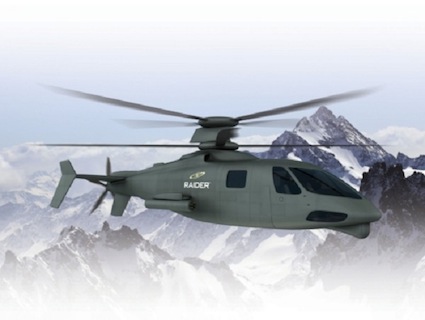 Sikorsky Aircraft Corp., a subsidiary of United Technologies Corp. (NYSE: UTX), has selected 35 companies to join its team assembling two prototype S-97 RAIDER™ helicopters for evaluation by the U.S. military. Self-funded by Sikorsky and its team members, the RAIDER program will demonstrate the military applications of Sikorsky’s break-through X2™ rotorcraft design, which proved its capability in 2010 to double the cruise speed of conventional helicopters.

“As designer and integrator of a next-generation light tactical helicopter capable of outperforming conventional helicopters in almost every performance parameter, it was imperative we chose our suppliers for the maturity of their advanced aerospace products and technologies,” said Doug Shidler, Sikorsky’s RAIDER program manager. “Product maturity will enable Sikorsky to demonstrate the RAIDER helicopter’s flight and aerodynamic performance in a simulated military environment starting in 2014, and ultimately bring X2-designed helicopters to future customers quickly and at a very affordable price.”

The majority of the RAIDER team members are U.S.-based companies from 20 states.

The RAIDER aircraft program follows Sikorsky’s successful X2 TECHNOLOGY™ demonstrator helicopter, which in September 2010 achieved more than 250 knots (287 mph) flight speed, or twice the average cruise speed of a conventional helicopter. The National Aeronautic Association awarded Sikorsky the 2010 Robert J. Collier Trophy for the achievement, and for its potential as a future rotorcraft technology.

Sikorsky will invest about 75 percent of the RAIDER program’s expected cost, with suppliers investing about 25 percent.

Like the X2 demonstrator aircraft, the single engine S-97 RAIDER helicopter will feature coaxial counter-rotating main rotors and a pusher propeller to provide cruise speeds up to 220 knots (253 mph) with dash speeds up to 240 knots (276 mph) or higher.

“We anticipate these S-97 RAIDER prototypes will provide dramatic improvements over conventional helicopters in maneuverability, range, endurance, altitude and hover efficiency — in addition to speed,” said Chris Van Buiten, Vice President of Sikorsky Innovations, the advanced engineering and development division of Sikorsky Aircraft that has pioneered the X2 design. “These attributes of the RAIDER aircraft could very well change the way the U.S. military fights with helicopters.”

While the RAIDER aircraft will showcase the X2 design’s considerable airframe and flight characteristics, its configuration as a light tactical helicopter will enable Sikorsky to offer the aircraft as a candidate for the U.S. Army’s Armed Aerial Scout helicopter competition. The U.S. Army is seeking a new aircraft to replace the OH-58D Kiowa Warrior helicopter.

With a maximum gross weight of approximately 11,000 lbs, the RAIDER helicopter will offer full operational performance at speeds and altitudes more than twice the capability of today’s light tactical helicopters.

The Raider cockpit will feature side-by-side seating for two pilots. For armed reconnaissance and light attack missions, the aircraft can host a variety of sensors and externally-mounted weapons, with the flexibility to carry additional fuel and ammunition for extended missions. In a light utility or special operations configuration, the helicopter cabin will carry up to six troops.

Sikorsky Aircraft Corp., based in Stratford, Conn., is a world leader in aircraft design, manufacture and service. United Technologies Corp., based in Hartford, Conn., provides a broad range of high-technology products and support services to the aerospace and building systems industries. 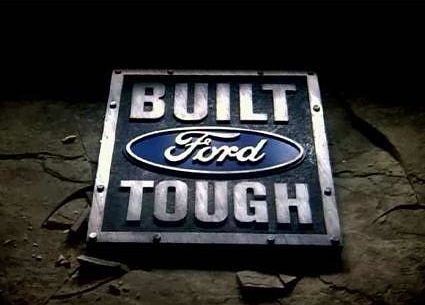 Ford Motor Company to challenge defense contractors with their own blast-proof Humvee JLTV.