Here’s something that’ll get your heart rate going. A little while back, the Royal Danish Air Force released footage of one its pilots testing out a new Sikorsky MH-60R Seahawk helicopter and attempting to land it on an ocean patrol vessel in absolutely hellacious weather conditions. When we say hellacious, we’re talking extremely choppy waters in the middle of a storm.

After a few tries, the pilot successfully lands the MH-60R on the vessel, which is near the Faroe Islands between Iceland and Norway in the North Atlantic.

When we watched the footage, which you can see above, we had two observations: 1.) that was pretty insane and 2.) these guys are good.

Last June, the U.S. Navy delivered the first three of nine MH-60R Seahawk helicopters to Danish Defense. Here’s a little more on the MH-60R Seahawk, via Sikorsky and its parent company, Lockheed Martin.

The MH-60R “Romeo” is the most capable and mature Anti-Submarine (ASW)/Anti-Surface Warfare (ASuW) multi-mission helicopter available in the world today. Together with its sibling, the MH-60S “Sierra,” the SEAHAWK variants have flown more than 650,000 hours across a 500+ aircraft fleet. The MH-60R is deployed globally with the U.S. Navy fleet and a growing number of allied international navies.

The MH-60R, manufactured by Sikorsky Aircraft Corp, and equipped with advanced mission systems and sensors by Lockheed Martin Mission Systems and Training (MST), is capable of detecting and prosecuting modern submarines in littoral and open ocean scenarios. In addition, it is capable of conducting stand-alone or joint anti-surface warfare missions with other Romeo or MH-60S “Sierra” aircraft. Secondary missions include electronic support measures, search and rescue, vertical replenishment, and medical evacuation. 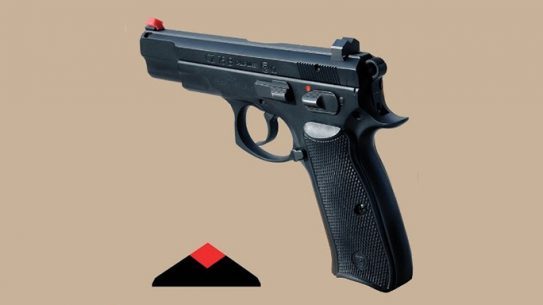