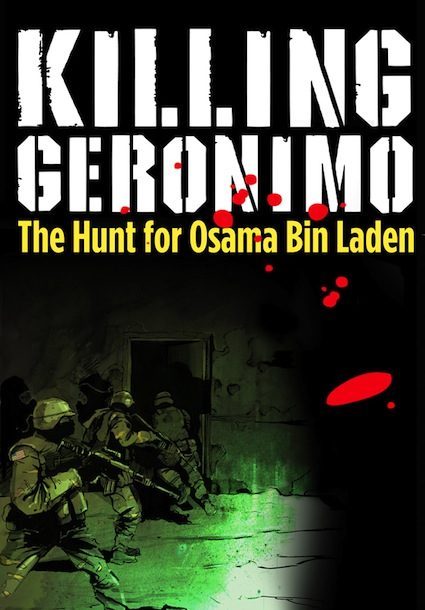 “Killing Geronimo: The Hunt for Osama bin Laden,” takes its title from the code name given the notorious Al-Qaeda leader during the secret action named Operation Neptune Spear carried out on May 2, 2011. The 96-page original graphic novel documenting the mission is scheduled for spring 2012 release.

“This is an epic story nearly ten years in the making,” said co-author and journalist Jerome Maida, “It’s like a true-to-life Jason Bourne novel. And like those Ludlum books, it’s a complex labyrinth of intrigue, danger and politics culminating in an action-packed ending.”

Bluewater, who has a successful track record of developing non-fiction comic books and graphic novels, is basing its account on the publicly released details surrounding the mission and the historical lead up to its successful resolution.

“Bin Laden is not a cartoon villain and this book is not a garden variety comic. And the book’s heroes don’t have super powers, but are courageous and well-trained men of the Navy’s SEAL Team Six,” noted the book’s co-author and Bluewater president Darren G. Davis. “Just because we chose an illustrated medium to tell this complex story, doesn’t mean it is treated lightly or gratuitously.”

“I’m thrilled to be working with Anthony Ziccardi and the Gallery team to bring this story to life,” Davis said. “This is going to be a cornerstone title for Bluewater.”

To date, Bluewater has produced several dozen comic book-based biographies on historic, political, media and entertainment personalities. They include such notable figures as Presidents Obama, Bush, Clinton and Reagan, Hillary Clinton, Sarah Palin, Nelson Mandela and many others. “Killing Geronimo” is its first foray into documenting an historic event.

Bluewater’s biography comic books have been featured on CNN, FOX News, MSNBC, the Today Show and in Time Magazine, People Magazine as well as 1000’s of other places.

Deputies hunt exotic animals on the loose in Ohio (video).