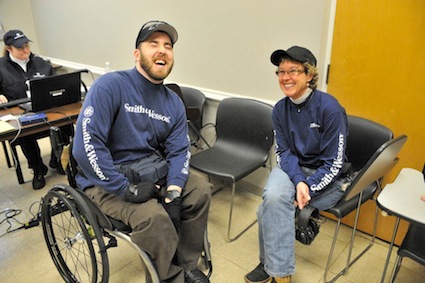 Smith & Wesson Corp. today announced the successful completion of the 2012 International Defensive Pistol Association (IDPA) Indoor National Championships over the weekend. Marking the 15th anniversary of this prestigious event, competitors traveled to Springfield, Massachusetts, from around the globe to compete in what has become one of the top inaugural matches of the competitive season. Held at the Smith & Wesson Shooting Sports Center, the three-day event concluded with five division titles and 10 special category winners being named from the 300+ competitors.

With some of the biggest names in the shooting sports competing in this year’s match, it was no surprise to see many competitors hovering at the top of their respective leader boards throughout the event. Competitors included past division winners and Smith & Wesson’s own Jerry Miculek, Dan Burwell and David Olhasso. After the last round was fired and final points tallied, it was previous four-time champion Robert Vogel who once again posted the fastest overall time while also claiming the Stock Service Pistol (SSP) Division title.

Just behind Olhasso was fellow teammate Dan Burwell who finished the match in fourth place overall. Burwell, who competed with a Smith & Wesson M&P9L finished with another strong performance this time competing in the Enhanced Service Pistol (ESP) Division. Burwell’s score of 158.05 was enough to narrowly edge out second place competitor Dean Brevit, earning him the ESP Division win.

In the revolver discipline, Smith & Wesson’s Jerry Miculek once again proved that he is the competitor to beat in any wheel gun competition. Competing in the Enhanced Service Revolver (ESR) Division, Miculek extended his dominance in the event by claiming the division title for a remarkable eleventh time. With his Smith & Wesson Model 625 revolver, Miculek handily captured the ESR title with a 71 second lead over the closest competitor. The final division title was awarded to Joe Linskey, who competed in this year’s Stock Service Revolver (SSR) Division, Master Class. With a final score of 202.85, Linskey earned the division title over Team Smith & Wesson’s Josh Lentz who posted a final time of 205.03 seconds.

“On behalf of Smith & Wesson, I would like to congratulate the 2012 division winners and thank all of the competitors who traveled to Springfield for this year’s match,” said James Debney, Smith & Wesson President and CEO. “It is a great honor to be able to host this match for a fifth consecutive year and I would like to acknowledge all of the men and women who worked diligently behind the scenes in order to make it a tremendous success. From the event coordinators to the range safety officers and volunteers, there were countless people who worked long days and nights, always with a smile. Their tireless efforts made it possible for us to host a match of this magnitude.”

Debney continued, “We continue to hear from numerous competitors and spectators that they especially enjoy this match and the use of the facilities at the Smith & Wesson Shooting Sports Center. We remain committed to reviewing new ways to improve the IDPA Indoor Nationals, which is generally recognized as the top event of the season.”

“Smith & Wesson did an exceptional job as the host for this year’s match and through their efforts and those of the IDPA, myself and another veteran were able to compete in the event for the first time,” said Trevor Baucom. “I’m extremely pleased to be associated with a company that is actively looking for ways to bring in other wounded warriors to the sport. After discussing the match with Joyce Wilson, I’m also excited to report that the IDPA will begin trying to make more matches accessible for shooters in wheelchairs and each match will be advertised as such.”

In addition to the three-days of intense competitions, participants had the opportunity to participate in a variety of activities including Smith & Wesson factory tours and training seminars.

Smith & Wesson would like to congratulate and recognize all of the Division Champions and Special Category Winners: 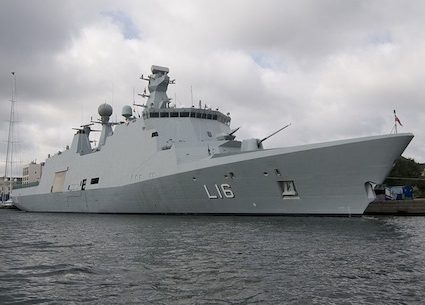