Officials at the Colorado State Patrol indicated that the M&P pistol incorporated several key features including enhanced ergonomics and ambidextrous controls that are valuable for their officers.  The department added that the polymer pistol’s interchangeable grip sizes, ease of maintenance and ability to disassemble the firearm without pressing the trigger were all primary factors in their decision-making process. The M&P40 was selected after an extensive testing and evaluation process, which included various competitors. The M&P40 pistols will replace the department’s existing Smith & Wesson Model 4006 pistols.

Leland Nichols, President and Chief Operating Officer of Smith & Wesson Corp., a wholly owned subsidiary of Smith & Wesson Holding Corporation, said, “We are extremely pleased with the continued success that the M&P pistol has achieved in police departments across the nation. Contracts from agencies such as the Colorado State Patrol allow other departments within the state the ability to access their testing and evaluation results, saving those smaller agencies both time and expense by streamlining their own selection process. Smith & Wesson will continue to support the professional law enforcement community with new product additions to the M&P line and we especially look forward to continuing our partnership with the Colorado State Patrol.”

The M&P pistol features a Zytel® polymer frame reinforced with a rigid stainless steel chassis and a through-hardened black Melonite® finished stainless steel barrel and slide for durability; a passive trigger safety to prevent the pistol from firing if dropped; and a sear release lever that eliminates the need to press the trigger in order to disassemble the firearm. A loaded chamber indicator is located on top of the slide. The firearm also features an ambidextrous slide stop and a reversible magazine release, as well as an enlarged trigger guard designed to accommodate gloves. The M&P40 has a 15 + 1 capacity and the Smith & Wesson lifetime service policy is standard with each pistol. The M&P pistol series is available in 9mm, .40S&W, .357SIG, and .45ACP calibers.  Compact versions of the M&P pistol are also available for concealed carry and back-up use. 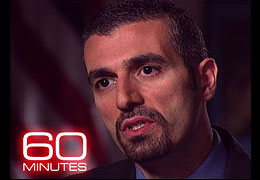 SPRINGFIELD, Mass. --- Smith & Wesson Corp., announced today that it has received an…