Eitan and Ronit Urman have had season tickets to the Arizona Coyotes since the team relocated there from Winnipeg in 1996.

So when the husband and wife were selected for the ceremonial pre-game puck drop at Saturday’s final home game, they thought nothing of it.

As Arizona Coyotes captain Shane Doan and Anaheim Ducks captain Ryan Getzlaf met the Urman’s at center ice, they quickly realized they were missing the puck.

The Urmans were unaware their son, Sgt. Daniel Urman of the U.S. Army, was home from serving a tour in Afghanistan. Daniel attempted to sneak up behind them with the puck at center ice.

Before Daniel could get there, his father spotted him as he made his way onto the ice. Eitan “sprinted to him, jumped into his arms and the two men fell to the ice in a hug for the ages,” according to the Coyotes. 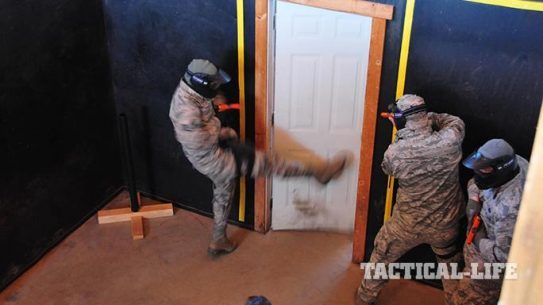