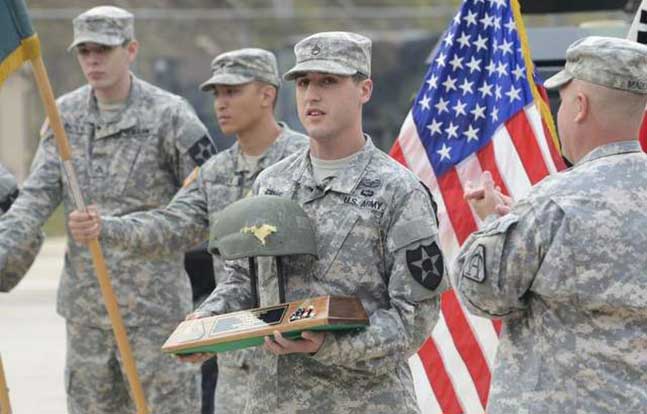 Staff Sgt. Ryan Frye with the helmet that saved his life more than two years ago in Afghanistan. (Courtesy U.S. Army)
Comment(s)

Staff Sgt. Ryan Frye was shot in the head by enemies in Afghanistan more than two years ago and he lived to talk about it thanks to his helmet.

The 25-year-old got his life-saving helmet back Thursday at a ceremony at at Camp Hovey, South Korea, according to Army Times.

Frye, his squad leader Staff Sgt. Jason Hamane, who is now a sergeant first class, and Spc. Antonio Burnside were moving along the dirt walls of the compounds in the village. They had to cross an open field that spanned about 50 meters, Frye said. When the soldiers got to the middle of the field, the enemy opened fire, pinning them down.

… Burnside, who was carrying the M240 machine gun and was closest to the enemy, was fatally wounded.

Frye started firing at the enemy, and the enemy began to concentrate their fire on him, he said.

An enemy round slammed into the left side of his helmet.

Not realizing he had been shot, Frye said the round had sent out an incredible ring that made him momentarily deaf.

“The round ricocheted off the helmet and the helmet dented,” Frye said. “I want to say it was probably a 7.62 [mm round]. They were firing fully automatic weapons. I’m pretty sure they were shooting AK-47s.” 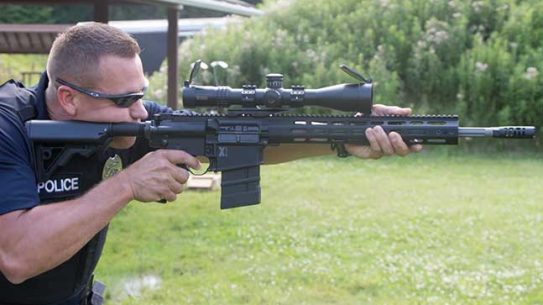