A local man fights to protect his home from an intruder who breaks in, in the middle of the night. The Delhi Township man grabbed his gun – and fired two shots at the intruder. The burglar broke into his home off Hillside Avenue early Monday morning. Local 12’s Shawn Ley spoke with the homeowner who was fighting for his safety, just before he leaves to fight for our country.

Kevin Boyle- “I came around the corner and looked down and saw my door was open.”

And that’s when Boyle came face to face with every homeowners fear:an intruder, in his home in the middle of the night. That burglar thought he found the perfect place to rob. Boyle’s home at the end of a steep, private drive – no one around to see or hear him break in. But Boyle was home. And his powerful .45 caliber handgun was right nearby.

“I kind of crouched down like this, I was against the wall … I was looking around and I saw the guy right here. I told him not to move and he reached around and pulled out what looked exactly like a gun, he started bringing it up. I fired two rounds as I was running back to get behind the wall for cover and called the cops.”

“911 emergency dispatcher Rose. I fired two rounds and he took off running into the woods.”

Shots at such close range by such a powerful weapon, it’s hard to believe the burglar wasn’t hit – if he had, a shot from this gun would have done serious damage, perhaps even killed him. That burglar having no idea Boyle was home, was armed, comes from a police family … and has big plans for his future. “Yes, sir. I’m going to be a Marine.”

Read the rest of the story at Cincinnati WKRC. 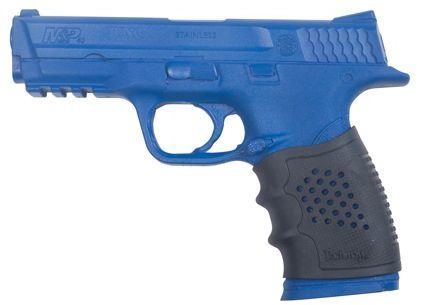 A local man fights to protect his home from an intruder who breaks in,…