Concealed handgun permit holders have killed at least nine law enforcement officers in addition to 142 private citizens (including 15 shooters who killed themselves after an attack) since May 2007 according to the latest update of Concealed Carry Killers, a Violence Policy Center (VPC) on-line resource that tallies news reports of such killings.

The VPC web site categorizes the 89 incidents, which occurred in 23 states, and offers detailed descriptions of each incident (some incidents may fit into multiple categories).  Of these incidents, 15 were murder-suicides involving firearms and 13 were mass shootings (three or more victims) that claimed as many as 11 lives at a time.  Law enforcement officers were killed in Alabama, Florida (two incidents), Idaho, Ohio, and Pennsylvania (two incidents).  All of the law enforcement killings were committed with guns.

Violence Policy Center Legislative Director Kristen Rand states, “Each month we are finding more and more killings by concealed handgun permit holders. Just as opponents of weak concealed carry laws warned, we now know that concealed handgun permit holders are killing people in road rage incidents, arguments over parking spaces, and domestic disputes.  The incidents we document graphically demonstrate how the presence of a handgun escalates an argument to a homicide.  How many more people must die at the hands of concealed carry killers before state legislators act to fix these laws?” 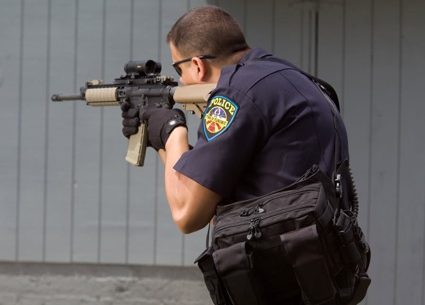