A heroic former Special Forces operator-turned-aid worker was captured on video rescuing a young girl under fire from Islamic State snipers in Mosul. Watch the incredible footage above.

The Los Angeles Times identifies the man as 56-year-old David Eubank, the founder of the Free Burma Rangers—a multi-ethnic humanitarian group that provides emergency medical care and supplies to people caught in conflict zones in Burma, Iraq and Sudan.

Eubank said he saw the girl—as well as a toddler and a wounded man—amid a group of dead civilians on a street near a Pepsi factory in Mosul, Iraq.

“There was a woman sprawled on her face. Dead,” Eubank said. “A baby, all shot up. Dead. Near them, two old people. Dead. And then you realize all those lumps of rags were kids. Dead dead dead.”

Eubank told the Times that all had been shot and killed by ISIS snipers as they tried to flee the neighborhood.

With the survivors about 150 yards away and time running out as sniper fire rained down, Eubank—working with a group of Iraqi soldiers—formed a plan.

The Iraqi troops, in coordination with the U.S.-led coalition, dropped smoke canisters to shield the rescuers from the snipers’ view, the Times said. Eubank and his team then advanced on foot behind a slow-moving tank in order to get closer to those trapped.

“Then the Americans dropped the biggest barrage, the most perfect wall of smoke I’d ever seen,” Eubank said.

Gunfire continued to rain down and the survivors were yards away, but Eubank knew he had to make a move.

“I thought, ‘If I die doing this, my wife and kids would understand,’” he recalled.

The video then shows Eubank running out from behind the tank as his colleagues provide rifle cover. He scoops up the girl with his right arm and runs back to safety. The entire thing takes just over 10 seconds, but it probably seemed like an eternity for Eubank.

Eubank also went back for the toddler, but he was unable to locate him amid the bodies. The wounded man, meanwhile, died after “ISIS lit the place up.”

According to the Times, Eubank enlisted in the Army when he was 18 and eventually lead a military free fall team with 1st Special Forces Group. During that time, he lead missions in Central and South America, and Thailand.

In 1992, Eubank left the Army and joined the Fuller Theological Seminary in Pasadena, Calif. In the late 90s, he went to Burma after a Burmese bible group went to Eubank’s parents—who are Christian missionaries—for help.

“The Burmese said they were a warrior people, and they needed someone like that. My parents called me up and asked what I thought,” said Eubank. “I figured I could go and even if I helped only one person, at least they would be happy and I would be happy.”

Eubank started going to Burma regularly. He eventually moved there full time with his family and formed the Free Burma Rangers (FBR), providing medicine, supplies and humanitarian support to civilians there.

For the past couple of years, however, the FBR has focused primarily on helping civilians terrorized by the Islamic State. Eubank, four Burmese and a few other volunteers deployed with Kurdish Peshmerga forces in Mosul. They’ve also worked in the Syrian cities of Kobani, Manbij and Al Bab.

Eubank and his family have since returned to the United States, but he’s already thinking about heading back to the Middle East to help civilians in need, the Times said. 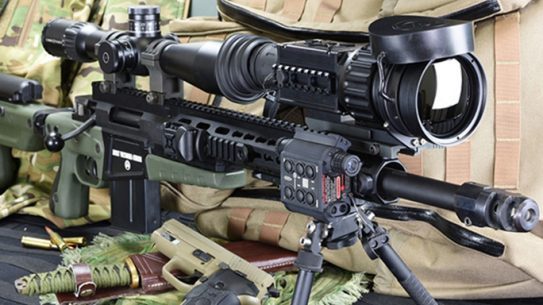