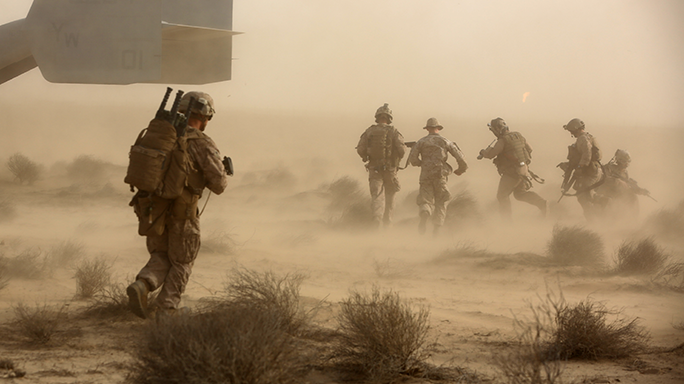 The following is a release from Lance Cpl. Garrett White, 10112:

In the continuing fight against Islamic State in Iraq and the Levant, U.S. and coalition military aircraft populate the skies above Iraq and Syria, running daily strike missions against the terrorist organization.

The pilots flying these dangerous missions are highly-trained professionals, but the potential for mechanical failure of the aircraft or being shot down by the enemy, is always present.

An emergency response unit is needed for such a situation, and the Marines and Sailors of Special Purpose Marine Air-Ground Task Force – Crisis Response – Central Command provide this capability.

Marines and Sailors with the SPMAGTF conducted a tactical recovery of aircraft and personnel training exercise to prepare for this potential mission, May 29 in Southwest Asia.

“The purpose of these exercises is to develop synchronization between the various elements of the SPMAGTF,” said Capt. Ryan Bobber, assistant operations officer with the Air Combat Element.

Marines and Sailors with the SPMAGTF regularly conduct these exercises to maintain and improve their proficiency in this important aspect of the unit’s mission. If an aircraft or air crew crash in enemy territory, the TRAP force needs to be able to react without delay.

First Lt. Antonios Zikos, a platoon commander with India Company, 3rd Battalion, 7th Marine Regiment of the SPMAGTF, explained that the ability of the unit to execute its own TRAP missions provides the pilots in the air with peace of mind.

“If a pilot’s equipment fails and forces him to eject from his aircraft, he is already going to be having a bad day,” Zikos said. “At least he can be reassured that the Marines are on their way to pick him up out of harm’s way.”

From the instant downed pilot notification gets passed, Marines are grabbing their weapons and gear and boarding their MV-22 Ospreys to rescue the isolated aviator.

One of the most important aspects of a successful TRAP mission is having the right information, Zikos said. Where the isolated person(s) are, if they are injured, or if they are near hostile forces are all important pieces of information that could affect both the execution and the outcome of a TRAP mission.

While the Marines flying to the downed aircraft are being given as much information as possible, once on the ground it’s up to them to execute the recovery mission properly.

“Once we are on the ground, speed is our biggest ally,” Zikos said. “We have to set up security and locate the isolated person and/or equipment as fast as possible, without exacerbating any injuries (he) may have or improperly sanitizing the aircraft of classified equipment.”

Due to the unique nature of a MAGTF – having air, ground and logistics elements organic to the unit – the SPMAGTF has the capability to conduct a TRAP mission without outside help.

Ospreys Marine Medium Tiltrotor Squadron – 165, are the primary form of transportation for the TRAP team, Zikos explained. Additionally, the Logistics Combat Element provides enablers – such as combat engineers or explosive ordinance disposal technicians – should any specialized skills be required in the destruction or recovery of classified equipment on the downed aircraft. The SPMAGTF TRAP force also provides its services to other branches and coalition nations supporting Operation Inherent Resolve.

Due to the time-sensitive nature of a TRAP mission, the Marines constantly train to, and refine, their standing mission so they are ready to answer the call.

“Repetition and hands-on experience is important,” said Zikos. “Small details like the low visibility from dirt getting kicked up in the aircraft’s wash, or the difficulty of moving an injured person in rugged terrain can get overlooked when you just go over it on a whiteboard.”

The Marines ran through three different scenarios during the exercise to simulate varying degrees of complexity. In the first scenario, the pilot’s location was known and he had sustained only minor injuries or was unharmed. In the second, the pilot’s location was known but he had suffered injuries and would need to be carried to the aircraft on a litter. The third and final scenario simulated an unconscious pilot whose whereabouts were unknown.

In all three scenarios, the Marines were able to quickly locate the pilot, assess his physical condition and properly evacuate him.

Training for missions like TRAP is important for everyone involved, from infantrymen on the ground, to pilots in the sky, to controllers in the combat operations center.

“Exercises like these are important for the unit because it helps facilitate a unity of effort,” said Bobber. “The more everyone involved in these operations works with one another, the smoother things will go during an actual mission.” 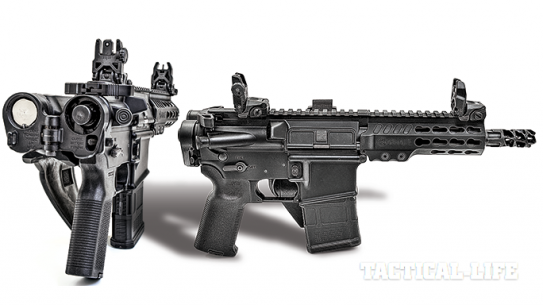 Brace yourself for maximum power, portability and fun from the king of the AR-15...