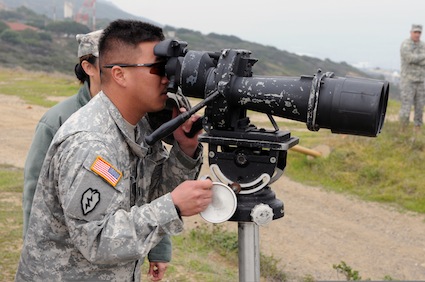 During fiscal year 2010, U.S. Customs and Border Protection made significant progress in securing the border and facilitating legitimate trade and travel—achieving success through targeted operations, enhanced partnerships, and an unprecedented focus on staffing and technology deployment along our borders. All figures pertain to FY10 unless otherwise noted.

Over the past two years, the Department of Homeland Security has dedicated unprecedented manpower, technology and infrastructure to the Southwest border. The Border Patrol is better staffed now than at any time in its 86-year history having doubled the number of agents from 10,000 in FY 2004 to more than 20,500 in FY 2010. In addition to the Border Patrol, CBP’s workforce of more than 58,000 employees also includes more than 2,300 agriculture specialists and 20,600 CBP officers at ports of entry.

Nationwide Border Patrol apprehensions of illegal aliens decreased from nearly 724,000 in FY 2008 to approximately 463,000 in FY 2010, a 36 percent reduction, indicating that fewer people are attempting to illegally cross the border.

In FY10, CBP deployed 17 new Mobile Non-Intrusive Inspection Systems and 22 additional large-scale Non-Intrusive Inspection (NII) technology imaging systems. The mobile x-ray screening systems allow officers and agents to detect stowaways and materials such as explosives, narcotics and currency in passenger vehicles and cargo. The large-scale systems were used to conduct over 7.3 million examinations at ports of entry that resulted in over 1,300 seizures, including 288,000 pounds of narcotics.

CBP expanded Unmanned Aircraft Systems (UAS) operations to include a launch and recovery site in Corpus Christi, Texas. This new site allows the UAS program to fly along the entire Southwest border for the first time ever—from the El Centro Sector in California to the Gulf of Mexico in Texas.

Border Patrol continued to implement the Border Safety Initiative (BSI) to make the border safer for agents, border residents, and legal trade and travel by supporting domestic and foreign media campaigns in countries including Mexico, Guatemala, El Salvador and the Dominican Republic that raise awareness and warn against the dangers of illegally entering the United States through harsh terrain and dangerous environmental conditions.

CBP officers from the National Targeting Center worked with CBP officers at John F. Kennedy International Airport (JFK) to apprehend Faisal Shahzad, who attempted to detonate a truck bomb in Times Square, as he was attempting to flee the United States on a flight to Dubai.

CBP officers at Atlanta’s Hartfield-Jackson Airport apprehended a suspected Michigan serial killer, Elias Abuelazam, as he was attempting to flee the United States. Abuelazam was suspected in a string of 18 stabbings across Ohio, Michigan and Virginia that left five dead.

CBP seized $147 million dollars in currency (inbound and outbound) at and between U.S. ports of entry—a more than 30 percent increase from last fiscal year.

CBP officers at ports of entry apprehended more than 8,400 people wanted for a variety of charges, to include serious criminal crimes such as murder, rape, and child molestation

Through our Operation Detour program, CBP has proactively reached out to border communities to help raise awareness among school-age children, parents and faculty about the dangers of smuggling. Results of this ongoing campaign include hosting more than 880 events reaching more than 115,000 students in Texas, Arizona, and California.

CBP Field Operations established emergency operations to expedite the processing of U.S. and Haitian citizens after the earthquake, including deploying 23 CBP officers to Haiti to conduct pre-departure activities for evacuees. CBP, in coordination with ICE and the Department of State, worked with Haitian authorities and other federal agencies to ensure that individuals boarding aircraft destined to the United States had proper documentation and were eligible to depart Haiti on U.S. bound flights.

The CBP workforce grew more diverse throughout FY10, with an increase of 7.3 percent in the minority make-up of the CBP workforce compared to FY 09. Additionally, nearly one in three CBP employees currently identify as Hispanic American—35.8 percent of CBP’s total workforce.

In FY10, CBP developed and implemented a new National Recruitment Strategy that included recruitment at 133 minority-serving institution events and 403 minority/special-emphasis events. CBP also participated in more than 160 recruitment events directed to veterans and persons with disabilities.

CBP has deployed more than 1,500 canine teams throughout the nation, including more than 300 new teams, for human/narcotic detection, search and rescue, agriculture detection, and currency/firearms detection. The Canine Program also increased training partnerships with other agencies, including with the Government of Mexico.

Additionally, more than 800,000 individuals have enrolled in other CBP trusted traveler programs including NEXUS, SENTRI and FAST.

CBP completed more than 3,200 validations of members of Customs-Trade Partnership Against Terrorism (C-TPAT), a voluntary government-business initiative to strengthen and improve overall international supply chain and U.S. border security. Security conferences held by CBP in California and New York provided information on best practices – including a 5-Step Risk Assessment Guide – to more than 1,500 members to help better secure shipments. CBP conducted a third round of Joint Validations with China Customs which laid the foundation for the signing of a Supply Chain Security Memorandum of Understanding in October.

CBP eliminated the paper arrival/departure I-94W form for travelers from Visa Waiver Program nations. Through the Electronic System for Travel Authorization, DHS receives basic biographical, travel and eligibility information of travelers prior to their departure to the U.S., expediting customs processing while protecting passenger privacy and strengthening global aviation.

CBP began enforcement of the Importer Security Filing and Additional Carrier Requirements interim final rule (commonly known as “10+2” in reference to the data required under the rule)—significantly increasing the scope and accuracy of information gathered on shipments of cargo arriving by sea into the United States and bolstering DHS’s layered enforcement strategy to protect against terrorism and other crimes at U.S. ports of entry.

CBP, in collaboration with scientists from the USDA, developed an agricultural risk-based passenger flight targeting initiative to detect agricultural pests and contraband. National targeting criteria were developed to select and process passengers on flights with a high probability of having prohibited agriculture items that pose a threat to America’s agriculture.

CBP continued to work closely with our international partners to strengthen the security of the global supply chain.

CBP processed $1.99 trillion in import value and collected $32.3 billion in duties, taxes, and fees—increases of 15.8 percent and 9.5 percent, respectively, compared to FY 2009.

CBP made a number of enhancements to the Automated Commercial Environment (ACE)—a commercial trade processing system that facilitates legitimate trade and strengthens border security by modernizing CBP business processes and supporting information technology—allowing for all entries in the system to be assessed for risk and antidumping and countervailing duties and provides enhanced integration with the Commerce Department.

CBP completed 379 audits of importers and related parties, resulting in the collection of nearly $23 million in revenue.

CBP established the multi-agency Import Safety Commercial Targeting and Analysis Center in Washington, D.C. For the first time, personnel from ICE, the Food and Drug Administration, the Consumer Product Safety Commission (CPSC), and the Department of Agriculture are working side-by-side to share information that better enables CBP to target and stop unsafe imports before they enter U.S. commerce. In conjunction with the CPSC, CBP also developed an automated system for standardized research and targeting for import safety product recalls.

CBP’s National Targeting and Analysis Groups carried out national operations to enforce trade laws, resulting in the recovery of more than $40 million in lost revenue.

CBP Office of Air and Marine contributed to the seizure of more than 800,000 pounds of narcotics and seized nearly $55.3 million in currency. This included the seizure of 155 pounds of methamphetamine and ten pounds of cocaine off the coast of San Diego in August. Valued at more than $3 million, this was the largest meth seizure at sea by CBP.

Service Life Extension Program (SLEP). The SLEP is replacing the wings of the old airframes to add 15-20 additional years to the life of the aircraft, which will result in significant savings from the more than $3 billion it would cost to replace the fleet of aircraft.

CBP acquired the maritime variant of the Predator-B. The Guardian, which is based in Cocoa Beach, FL, is equipped with structural, avionics and communications enhancements in addition to a Marine Search Radar and an Electro-optical/Infrared Sensor that is optimized for maritime operations, making it the only one of its kind in the world.

CBP Air and Marine provided significant air security for the State of the Union address in January, the G-20 summit in Pittsburgh, and for Super Bowl XLIV in South Florida.

CBP processed 3,035 forensics cases, including 2,372 for controlled substances, 361 for fingerprint lifts and examinations, 133 for digital data examinations, and 250 audio/video duplications, enhancements, and recoveries.

CBP used scientific and technological tools to screen nearly 7,000 conveyances going to and from Vancouver, B.C. during the 2010 Winter Olympics.

LSS evaluated 1,776 cases involving the possible importation of products with serious safety issues including antibiotics in honey, flammability of children’s wear, cadmium in children’s jewelry, and the importation of mislabeled food products.

U.S. Customs and Border Protection is the unified border agency within the Department of Homeland Security charged with the management, control and protection of our nation’s borders at and between the official ports of entry. CBP is charged with keeping terrorists and terrorist weapons out of the country while enforcing hundreds of U.S. laws.

Ohio Bill would require background check for all sales at gun shows.

A California Army National Guardsman monitors the waters off the coast near San Diego,…