The incident began when detectives surveilled the suspect at a local hotel. Police sought the 36-year-old Moseley for outstanding warrants for vehicle theft, drug possession with intent to sell, and felony probation violation, according to KPIX 5.

“When Moseley exited the west side door of the Hyatt Place Hotel, we believe he spotted our detectives sitting outside the door in an unmarked vehicle, because he immediately began to run in a northbound direction through the parking lot,” Fremont Police Chief Kimberley Petersen told KPIX 5.

Footage shows Moseley take off running. A K-9 chases Moseley down, ultimately taking him to the ground. Footage then shows Moseley waving around what appears to be a handgun. He yells “Kill me, kill me, kill me mother f*cker!” during the struggle with the police dog. Despite multiple warnings from several officers to drop the weapon, Moseley continues resisting while armed and striking the K-9. So officers finally engaged the suspect with a lethal volley of fire.

“Although they attempted to use a K-9 as a less-than-lethal option, the suspect still chose to confront us with a gun,” Petersen said.

Police say Moseley carried a stolen gun, recovered at the scene of the shooting, KPIX 5 reported. Officials performed life-saving procedures to the suspect at the scene. They later pronounced him dead. Moseley would have faced charges of assault with a deadly weapon on a police officer, resisting arrest, felon in possession of a firearm, and possession of a controlled substance possession to sell, reported KPIX 5. 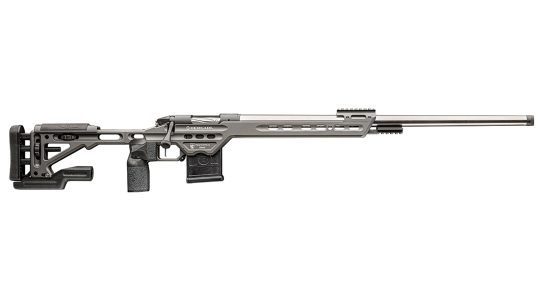