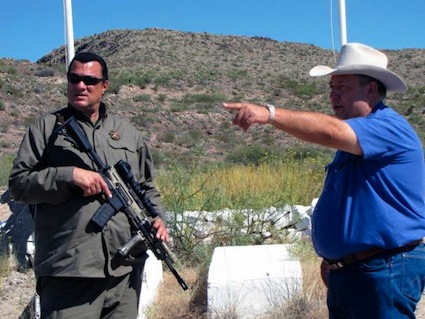 Border bandits in far West Texas may want to brush up on their martial arts and film presence now that action film star Steven Seagal is coming to town.

Seagal, 59, was sworn in this week as the Hudspeth County Sheriff’s Office newest deputy. The sheriff’s office said he’ll be working full time to help secure the U.S.-Mexico border.

Seagal called the department himself about two months ago asking for the job.

“It became very clear to me that Mr. Seagal is not in this for the celebrity or the publicity,” Sheriff Arvin West said. “He’s like the rest of us that live down here; he has a sincere passion for his country and he wants to do more to help.” 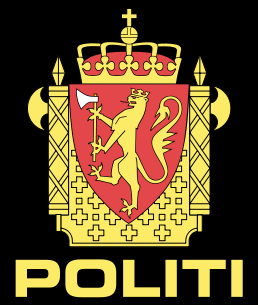 Sheriff Arvin West gestures while talking to Steven Seagal, who is due to start…