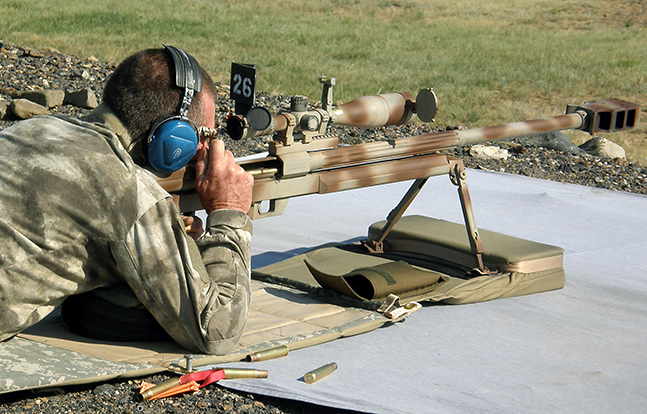 Using the Steyr HS.50, Walter Wilkinson and Eduardo A. de Fontcuberta shot their way to first and second place, respectively, in the Hunter Class at the Fifty Caliber Shooters’ Association World Championships held July 3-5 at the NRA Whittington Center near Raton, N.M.

This marks the third time in four years that a shooter behind an out-of-the-box HS.50 has won the Hunter Class Score 1,000-yard World Championship, where competitors engage their targets with bipod-mounted rifles from the prone position. The three other FCSA World Championships classes are contested from rests atop solid concrete benches. It is also the first time HS.50 shooters took the top two places, ahead of a class filled with-and once dominated by-custom rifles.

Fontcuberta, the 2011 Hunter Class world champion, used his new five-shot repeater HS.50 M1 to shoot the smallest group in Hunter Class with a 5.313-inch five-shot group at 1,000 yards. That was followed closely by Wilkinson’s 6.313-inch group, but it was 2012 champion Wilkinson who would go on to recapture the Hunter Class score world championship this year with a total score of 283-7X to Fontcuberta’s 281-5X over the entire 1,000-yard course of fire.

Fontcuberta would go on to win the International Shooter World Championship title with his score, as well as Group Aggregate and Smallest Group.

In the Team World Championships, Wilkinson and Fontcuberta helped propel their teams into first- and third-place finishes, respectively.

Teams were comprised of one shooter from each of the four classes the championships: Light, Heavy, Unlimited and Hunter. 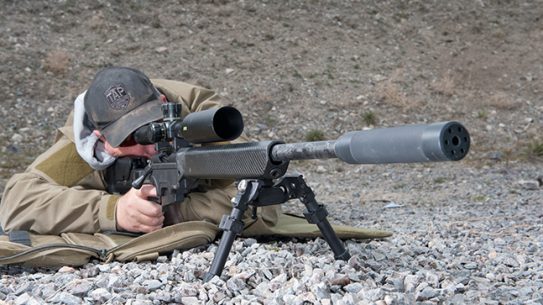