On Christmas Day, a passenger on a Northwest Airlines flight bound for Detroit tried to blow up the plane with plastic explosives in his underwear. He failed, yet the very attempt shook the U.S. government, set federal agencies against each other and triggered months of political second-guessing.

In fact, short of mass casualties, the attack allegedly attempted by Nigerian Umar Farouk Abdulmutallab had exactly the kind of reaction that al-Qaida is after. And, it appears, that lesson is resonating with the terror network’s leadership.
For the first time, the group that carried out the Sept. 11 attacks and has prided itself on its ideological purism seems to be eyeing a more pragmatic and arguably more dangerous shift in tactics. The emerging message appears to be: Big successes are great, but sometimes simply trying can be just as good.

U.S. officials and counterterrorism experts say the airline attack and last November’s shooting at Fort Hood, Texas, prove that simple, well-played smaller attacks against the United States also can be harmful to the American psyche, although not as devastating as a 9/11-style attack.

In a recent Internet posting, U.S.-born al-Qaida spokesman Adam Gadahn made a public pitch for such smaller, single acts of jihad.

“Even apparently unsuccessful attacks on Western mass transportation systems can bring major cities to a halt, cost the enemy billions and send his corporations into bankruptcy,” Gadahn said in a video released and translated by U.S.-based Site Intelligence Group, which monitors Islamic militant message traffic.

It’s a message that officials believe has been evolving for the last year and has turned upside down the prevailing wisdom that the next al-Qaida attack against the U.S. must be bigger and bolder than the one on Sept. 11, 2001.
“It’s pretty clear that while al-Qaida would still love to have home runs, they will take singles and doubles if they can get them,” said Bruce Riedel, a senior fellow at the Brookings Institution Saban Center and a former CIA officer. “And that makes the job of counterterrorism much, much harder.”

Counterterror officials note that al-Qaida leaders monitor the U.S. closely and watched the reverberations of the Abdulmutallab attack. They saw the scramble to boost security, the members of Congress blasting federal agencies for intelligence and screening failures, the political drumbeat against the Obama administration’s national security efforts and the agency leaders who rushed to blame each other.

The shift is ideological as well as tactical. Before Gadahn’s latest video missive, al-Qaida central — Osama bin Laden, Ayman al-Zawahiri — had not seemed to embrace the call for smaller, more singular insurgent operations.
“Big al-Qaida still has too much of an ego; they still want big, synchronized, high-visibility attacks,” said Jarret Brachman, an expert on jihadist groups. “They haven’t yet said, ‘Let a thousand flowers bloom.'” 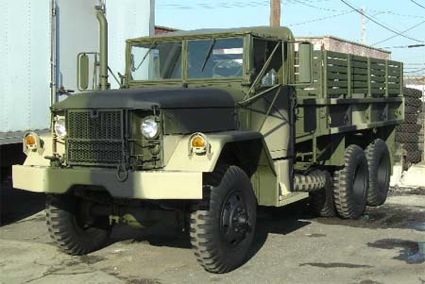 On Christmas Day, a passenger on a Northwest Airlines flight bound for Detroit tried…