A long-running suit against Glock, Inc. and wholesale distributor RSR, Inc. has been dismissed by the U.S. Court of Appeals for the Ninth Circuit. The court noted in its dismissal that the Protection of Lawful Commerce in Arms Act (PLCAA) requires the dismissal of the Ileto v. Glock, RSR case originally filed in August 2000.

The PLCAA was passed and signed into law in 2005 by President Bush. The purpose of the Act is to prevent firearms manufacturers and retailers from being held liable for the criminal actions of others with their products. The firearm that was eventually illegally obtained and criminally misused in a 1999 shooting incident was originally sold by Glock, to a Washington State police department. The co-defendant, RSR, did not own, possess or sell the firearm.

“The Ileto case was the textbook example of why Congress needed to pass the Protection of Lawful Commerce in Arms Act,” said Lawrence Keane, General Counsel of the National Shooting Sports Foundation. “If Glock and RSR were held legally responsible for this criminal shooting, then the police department to whom the firearm was originally sold would be even more responsible. Such twisted logic defies common sense and explains why Congress passed the legislation by such an overwhelming bi-partisan margin.” 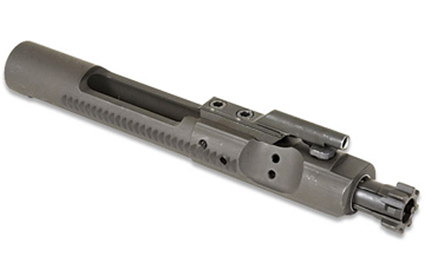 A long-running suit against Glock, Inc. and wholesale distributor RSR, Inc. has been dismissed…