Washington — Two ex-Blackwater Worldwide employees allege the company charged the government for a prostitute and strippers and kept incompetent personnel for financial reasons, part of what they call a systematic pattern to defraud authorities.

The accusations come in a lawsuit filed by Brad and Melan Davis — who said the fraudulent activity, such as double billing and submitting false invoices, occurred while the security firm, now known as Xe, carried out its work in Iraq, Afghanistan and in Louisiana during Hurricane Katrina’s aftermath.

Melan Davis, who was involved in record-keeping, said Blackwater billed the government for prostitution services in Afghanistan from a Filipino female, whose name was on Blackwater’s payroll roster under a category called “Morale Welfare Recreation.”

She said Blackwater billed the woman’s plane tickets and monthly salary to the United States.
The lawsuit also said a vendor being paid for “cleaning services” in Louisiana was providing strippers.
Another accusation in the suit was that Melan Davis was wrongfully dismissed after raising the issue of “fraud and abuse.”

Xe on Friday responded to the suit.

“The allegations are without merit and the company will vigorously defend against this lawsuit. It is noteworthy that the government has declined to intervene in this action,” Xe said in a statement to CNN.
The married couple filed suit in December 2008 in U.S. District Court for the Eastern District of Virginia under the False Claims Act. It was unsealed this month.

Read the rest of the story at CNN. 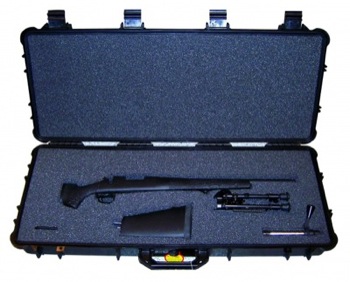