According to two witnesses, Supreme Court Justice Antonin Scalia took fellow Justice Elena Kagan out for a lesson in skeet shooting at his shooting club in Virginia last week.

The witnesses saw Scalia at the Fairfax Rod and Gun Club, where he is a member, around noon on Wednesday of last week. He was with a woman who was noticeably diminutive in height, like Kagan, who stands at about five feet three inches. The witnesses, who got a very close look at the pair, say that the woman was the newest Supreme Court Justice.

Scalia was bending down in order to teach Kagan how to hold the shotgun, the witnesses say, and the pair were shooting skeet.
Kagan, who was nominated to the Supreme Court by President Obama in May and confirmed by the Senate in August, is generally believed to hold negative opinions toward the Second Amendment. The perception is based on a memo she penned in the eighties as Justice Thurgood Marshall’s law clerk, in which she said she was “not sympathetic” to the Second Amendment argument in a case that dealt with the District of Columbia’s gun laws. Also, during her time as a member of the Clinton administration, she played a role in instituting a temporary suspension of licenses for the importation of assault rifles. Kagan did not comment on the issue of gun rights during her confirmation hearings.

The Fairfax Rod and Gun Club would not comment on the matter. The Supreme Court of the United States did not respond to request for a comment. 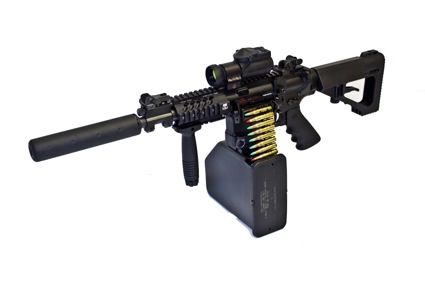