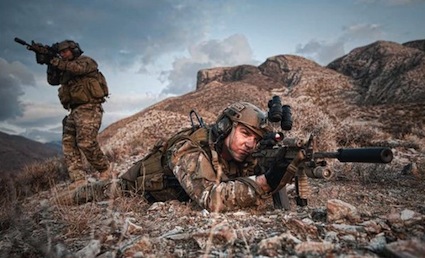 The FMBS solicitation was the most comprehensive modern suppressor evaluation conducted by the U.S. military to date. It focused on criteria that subjected suppressors systems to prolonged testing on a variety of firearms platforms. SureFire suppressors were chosen based on test criteria such as: Reliability, Sound Reduction, Accuracy, Point of Impact Shift, Endurance/Durability, and Operational Suitability. While these requirements reflect the suppression needs for firearms including the MK13 sniper rifle, the United States Marine Corps is already employing SureFire’s FA762SS suppressor system on every M40A5 sniper rifle.

“From day one, SureFire’s commitment has been to increase the safety and success of the war fighter and peacekeeper by developing products that exceed the standards for performance and quality,” said Barry Dueck, Director of SureFire’s Suppressor Division. “Our suppressors are no exception. We build these to enhance the operational capabilities of our customers, knowing that their lives often depend on their equipment, and we’re very pleased that USSOCOM will now have multiple models available to improve their operational effectiveness.”

In 2001, the U.S. Department of Defense used the term “Signature Reduction” as a working concept mandated by the Joint Chiefs of Staff to focus on reducing the environmental sound, flash, and dust signatures produced by a firearm. So when SureFire launched its suppressor division in 2002, they focused on the Total Signature Reduction™ (TSR) of a suppressed firearm. TSR not only addresses the environmental signatures, but other key performance attributes such as point of impact shift (POI) and repeatability, which historically were deprioritized in favor of sound reduction. SureFire became the first manufacturer to address POI shift as a primary concern and did so without degrading attributes like sound reduction and accuracy.

The SureFire product selected for the FBMS contract is:
-For the SOCOM M4/CQBR firearm: FH556-215A adapter & FA556-212-DE suppressor 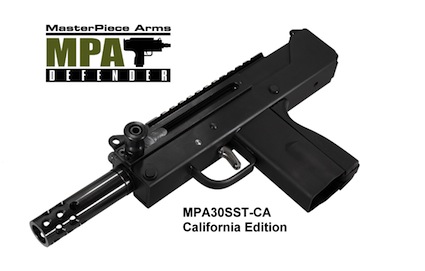 SureFire, LLC, manufacturer of high-end illumination tools and tactical products, has been awarded its…