Doctors, churches and women’s groups are pushing to tighten Switzerland’s liberal gun laws — a move that opponents say could kill off village shooting clubs or even cripple the country’s citizen militia.

A referendum on Sunday pits a cross-party coalition of gun skeptics against thousands of shooting enthusiasts in this Alpine nation — a country of 8 million people and 2.3 million guns.

Backers argue that forcing army-issued guns to be stored in military depots would cut down on Switzerland’s high number of gun suicides. Opponents claim law-abiding citizens are being unfairly targeted.

The vote is expected to be decided by the turnout among women and young people — groups who largely favor the proposed restrictions. 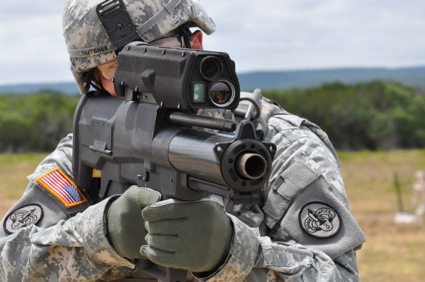 XM-25 dubbed “The Punisher,” fired 55 rounds in nine firefights between Dec. 3 and January 12.