The Syrian government and rebels accused each other Tuesday of firing a chemical weapon near the city of Aleppo, killing at least two dozen people in an attack that, if confirmed, would mark the first use of chemical arms and a major escalation in Syria’s two-year-old conflict.

Neither claim was independently confirmed Tuesday, nor was it clear what sort of weapon had been used in the attack. The United States, which has warned President Bashar al-Assad that a chemical attack would be a “red line” that would trigger a U.S. military response, expressed deep skepticism about the reports.

Syrian Information Minister Omran al-Zoubi said rebels fired “a rocket containing poison gases” at the town of Khan al-Assal, southwest of Aleppo, from a part of the city they control. The state-run Syrian Arab News Agency (SANA) said 25 people were killed and 86 injured in the attack. Rebels, in turn, accused forces loyal to Assad of firing a Scud missile containing deadly chemicals. 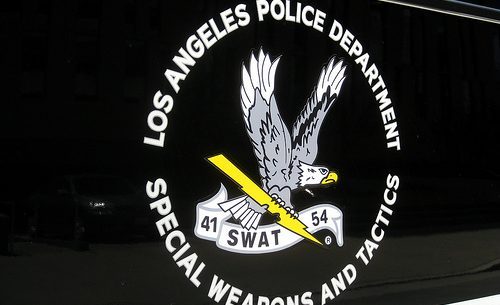 LAPD To Question Officers About Racism In Wake Of Dorner Case