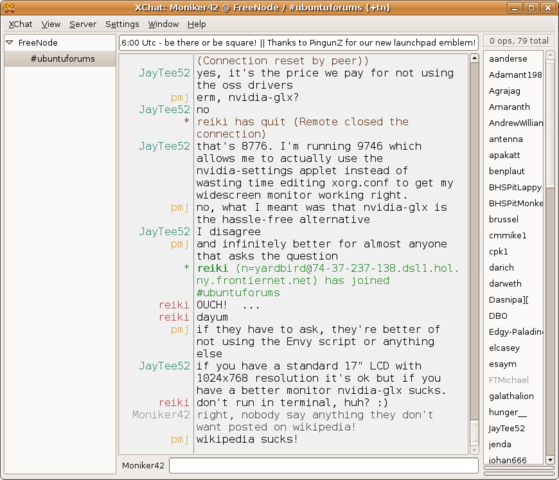 Despite the U.S. military’s massive spending each year on advanced communications technology, the use of simple text chat or tactical chat has outpaced other systems to become one of the most popular paths for communicating practical information on the battlefield. Though the use of text chat by the U.S. military first began in the early 1990s, in recent years tactical chat has evolved into a “primary ‘comms’ path, having supplanted voice communications as the primary means of common operational picture (COP) updating in support of situational awareness.” An article from January 2012 in the Air Land Sea Bulletin describes the value of tactical chat as an effective and immediate communications method that is highly effective in distributed, intermittent, low bandwidth environments which is particularly important with “large numbers of distributed warfighters” who must “frequently jump onto and off of a network” and coordinate with other coalition partners. Text chat also provides “persistency in situational understanding between those leaving and those assuming command watch duties” enabling a persistent record of tactical decision making.

A 2006 thesis from the Naval Postgraduate School states that internet relay chat (IRC) is one of the most widely used chat protocols for military command and control (C2). Software such as mIRC, a Windows-based chat client, or integrated systems in C2 equipment are used primarily in tactical conditions though efforts are underway to upgrade systems to newer protocols. “Transition plans (among and between the Services) for migrating thousands of users to modern protocols and cloud-computing integration has been late arriving” according to the Air Land Sea Bulletin. Both the Navy and the Defense Information Systems Agency (DISA) are working towards utilizing the extensible messaging and presence protocol (XMPP) in future applications.

In 2009, the Air Land Sea Applications Center issued a multi-service tactics, techniques, and procedures (MTTP) manual attempting to codify the protocols and standards for the usage of tactical chat throughout the services. The manual provides a common language for tactical chat, unifying disparate usage standards in different services such as “consistent naming conventions for rooms, people, and battle roles and activities” and “archival agreements among multiple user communities”. For example, the manual provides naming conventions for chat room users, demonstrating how to construct user names that clearly indicate the user’s role and unit. A 4th Infantry Division Plans Officer should utilize the call sign 4ID_OPS_PLANS when engaging in tactical chat while a Tactical Action Officer aboard the USS Enterprise should use the name CVN65_ENT_TAO. The manual also provides standards for naming chat rooms and managing large numbers of rooms simultaneously for coordinating missions and situational awareness. A helpful glossary also provides translations of tactical chat abbreviations and terms, such as canx meaning cancel and rgr for roger.

Despite the U.S. military’s massive spending each year on advanced communications technology, the use…