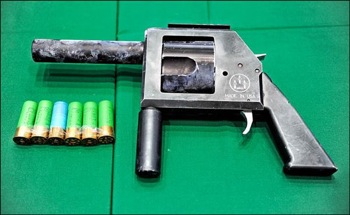 Translated from Chinese using Google Translator via the Liberty Times:

Police seized yesterday morning in Taipei’s homes, “super” wheel-type shotguns, Full House has been searching suites shotgun, pistols and other weapons, feel like being “gun room”; when police officers saw Shotgun branding of arms makers, “Beretta” 3 Arrow 3 ring mark on the fire are all criminals pinch the cold sweat, it was discovered that the local community create their own fakes, intended to carry self-worth.

Police said 19-year-old gang brother Zhuangren dimension, usually in the mountains more than 10 hotels Wai things put in charge possession of force, at any time ordered to carry weapons to parts of the scenes; within the lake precinct office yesterday morning to Linsen North Road, Suite A search in 7th floor “gun room” seized wheel and 6 rounds of canister-type shotgun, as well as four pistols, one a standard for the Beretta, and the other three for the transformation of the gun, and 15 bullets, blanks 19 made. The initial inventory, guns from the nickname “God pig” man.

This is the very large wheel shotguns, can be filled with 6 rounds of shotgun, the gun body are all constructed of steel, a short gun, weighing more than 3 kilograms, there is no rifling, can also be fitted sight, external trigger is not Buckle have no insurance, fill out bombs loaded on the mean, believe it or mistakenly pulled the trigger will fire, very dangerous.

However, shoddy appearance, quite different from Beretta style, grip the left side is engraved Beretta trademark and “MADE IN USA” words, the presence of police officers say that the 1st to see. However, after looking through Beretta’s official catalog, but can not find the gun before it found to be fakes.

From out of a standard flash bang

Police found a standard flash bang, detonating the same manner and hand grenades, pull the bolt blew off a few seconds, flashover can not let the enemy instantly invisible light, loss of combat power; the police officer to inform the military look, and confirmed that the military did not purchase This type of flash bang.

Police said 95,97 years, 2 degrees in Hsinchu, Nantou, search and seize in order to precision lathe factory cover underground arsenals, guns were able to paint the system design, modeling, assembly, each of which the 14,39-made Wheel-type canister rifles, pistols also have designs, then each of the selling price 90000-150000 yuan, now out of supplies, black market prices have risen 200000-300000 yuan.

At that time the police suspected gang of illegal guns into the hands of last year, in May, the North County police will be in the Bamboo Union Gang Wen-Zhong Qiu Sheng Office militants seized shotguns, construction and yesterday seized in exactly the same, while the suspects, “Avi,” Zhuang Ren-dimensional self-proclaimed Bamboo gang elements. 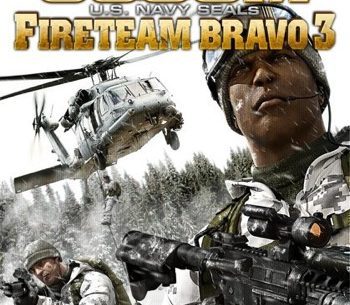