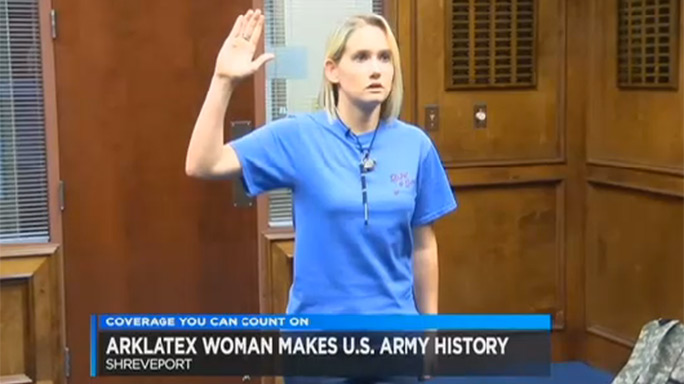 A 25-year-old police officer from Louisiana is making history as the first female recruit in the United States Army Infantry.

After an initial visit with army recruiters in November, Tammy Grace Barnett took the oath of enlistment last Thursday at Military Entrance Processing Station Shreveport, Army Times reported. She said she plans on serving in Military Occupational Specialty 11X, an MOS that became available to women at the beginning of April.

Barnett is due to begin basic training at Fort Benning, Georgia in June 2017. The lengthy time gap between enlistment and basic training is “to allow the Army to properly prepare for new trainees by having trained female officers and [noncommissioned officers] in position,” Army Recruiting Battalion Baton Rouge public affairs chief Roger Harmon told Army Times via email. “This allows female soldiers the opportunity to attend training and serve in a MOS previously only available to male soldiers.”

According to an Army press release, Barnett — will serving as a member of the U.S. Army Infantry — will aid in capturing, destroying and repeling enemy ground forces, as well as help mobilize vehicles, troops and infantry, participate in reconnaissance missions, process POWs and sensitive documents, and use, maintain and store combat weapons.

“I have served the front lines in my hometown of Robeline, Louisiana, and now I am going to serve the front lines for my country,” Barnett said in a statement. “I want to deploy, see action, and I definitely want to go to airborne school.

“It had been on my mind and heart for a long while, but I had been wrapped up in my law enforcement career. In November, I stopped putting it off and did what my heart told me to do, and I have been working at it since.” 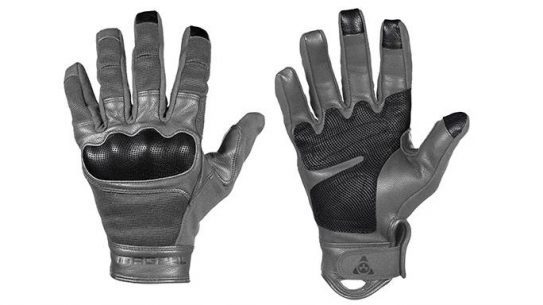 Magpul has extended its color options for its line of Core Gloves, which now...