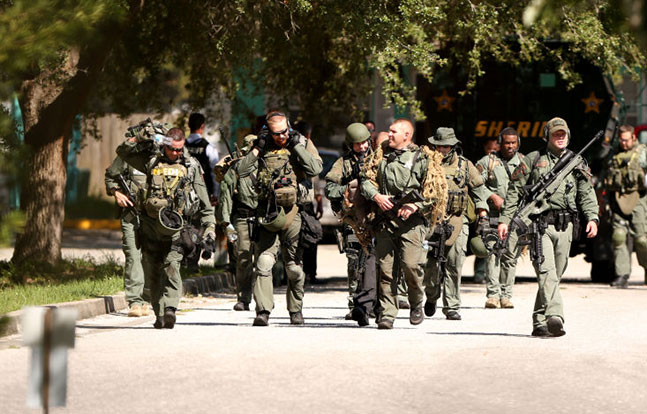 SWAT team members with the Pinellas County Sheriff’s Office leave the area after searching a home in Largo where two people were found shot dead in October. The Sheriff’s Office and five other law enforcement agencies in Pinellas — along with agencies throughout Tampa Bay — have bought numerous armored vehicles and weapons through the Defense Department’s 1033 program. (CREDIT: DOUGLAS R. CLIFFORD / Tampa Bay Times)
Comment(s)

Police in the areas surrounding Tampa Bay, Fla., have seen a number of enhancements thanks to the Pentagon’s 1033 program.

According to the Tampa Bay Times:

The agencies obtained the equipment at bargain prices from the Pentagon, which makes the military surplus available to law enforcement across the country. Under the 1033 program, police departments can get rifles, armored vehicles, night vision goggles and other supplies for a small processing fee — basically the cost of shipping and handling.

Florida agencies have received nearly $300 million worth of equipment in the last couple of decades, according to federal defense records. In Tampa Bay, that includes $6.1 million in military supplies, including hundreds of rifles and five mine-resistant ambush protected vehicles, known as MRAPs.

“Law enforcement only became militarized when criminals became militarized,” Hernando sheriff’s Lt. Michael Burzumato told the Tampa Bay Times, citing the 2012 school shooting in Newtown, Conn. “You can’t send law enforcement in there to combat that with pistols. … They’re going to overpower you and destroy you, so we have to be able to rise to that level.” 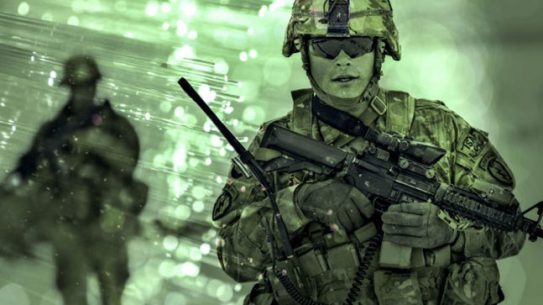 Medical researches are investigating how sensors can be used to help combat conditions like...