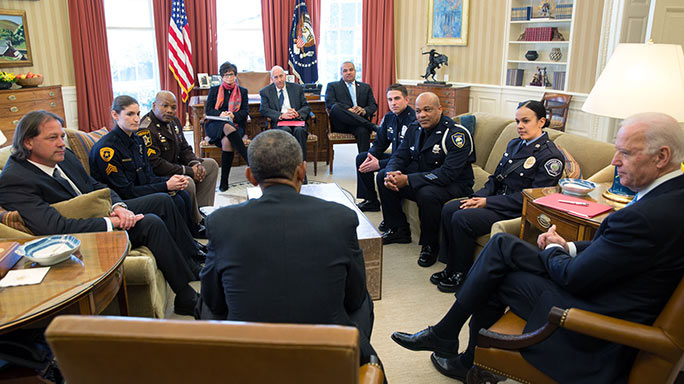 The above release was written by Jerry Abramson, Deputy Assistant to the President and Director of Intergovernmental Affairs

Since 2009, President Obama has made it a priority to provide local law enforcement with the tools necessary to protect the public while ensuring their own safety and wellness. To maintain his commitment and ensure that we are working toward strengthening the trust between communities and law enforcement, the President launched the Task Force on 21st Century Policing, designed to identify best practices and develop meaningful solutions to help law enforcement agencies and communities strengthen trust and collaboration, while ushering the nation into the next phase of community-focused policing. In May of 2015, the Task Force released a report with 59 recommendations for reform.

In June, in cooperation with the Department of Justice’s Office of Community Oriented Policing Services, the White House began to host a series of briefings with local law enforcement agencies to help agencies learn how to implement the Task Force’s recommendations.

Each week, nearly 100 police officers of all ranks visited the White House and heard from experts on topics such as implicit bias, officer safety and wellness, and using social media to improve public trust with the communities they serve. In addition, the officers received information on how to join the President’s Police Data Initiative, a community of practice that enables police departments to collect and publish data on policing activities with the hope of beginning a dialogue within their community.

Last week, the White House hosted its sixth briefing and announced that on Sept. 8, 16, and 28, it will host another round of briefings. If your law enforcement agency is interested in attending a briefing, please email: 21stCenturyPolicing@who.eop.gov.

But more importantly, these briefings provided an opportunity for local law enforcement officials to learn best practices from their peers. Here are a few examples:

In the weeks since the tragedies in Dallas, Baton Rouge, and St. Paul, all Americans have been reminded why a criminal justice system that lives up to our values is so integral to ensuring our women and men in blue can protect our communities safely. As the President said in his weekly address, “There is no contradiction between honoring police and recognizing the racial disparities that exist in our criminal justice system, and trying to fix these discrepancies.”

That is why organizations across the country, including the U.S. Conference of Mayors (USCM) and the National League of Cities (NLC), committed to support local elected officials, law enforcement officials and communities to have these important discussions.

Following the President’s meeting with faith leaders, local and state elected officials, activists, and civil rights leaders in July, the USCM and NLC committed to encourage cities to host 100 convenings within 30 days. Today, they announced that 105 communities across the country have either already hosted or will host conversations, or are engaging in other efforts to increase trust between the police with the communities they serve.

To build on these conversations and the work of the 21st Century Policing Task Force, the White House will continue to engage law enforcement through these briefings and promote officer safety and wellness, as we work to rebuild trust between police and the communities they serve.

The Administration also will continue supporting the work of local organizations and leaders to bring together communities around the country to discuss criminal justice reform, community policing, and how to strengthen neighborhood bonds. In fact, this week, White House officials are meeting with a group of state legislators at the 2016 National Conference of State Legislatures Legislative Summit in Chicago, IL to discuss actions they can take at the state level to encourage reform and bring communities together.

The President’s Task Force on 21st Century Policing and the recommendations in its report are only the beginning of a larger conversation. Communities and police agencies must push forward to ensure that the justice system is safe, fair, and protects all Americans.

See the full list of law enforcement agencies and organizations that have participated in the briefings on the recommendations of the President’s Task Force on 21st Century Policing. 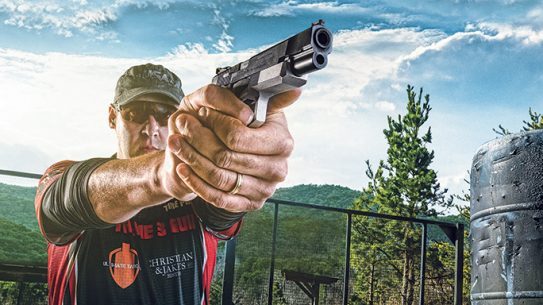