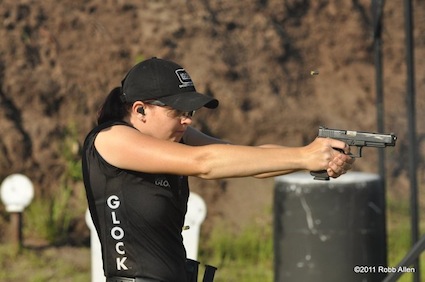 Team GLOCK continued their season of first-class finishes as they competed in Pro-Am Championships, held July 14-18, in Frostproof, FL. Team GLOCK Captain Dave Sevigny swept the match, taking home both Professional Division Championship titles. Randi Rogers was named High Lady in the Limited, and High in the A Class Open Divisions. Tori Nonaka was named High Junior and A Class in the Limited Division.

The Pro-Am Championship is a unique shooting competition, where participants compete in a series of eight timed stages to knock down as many steel targets as possible. Any shot over the allotted time counts as a penalty and points are deducted from the shooters’ score. 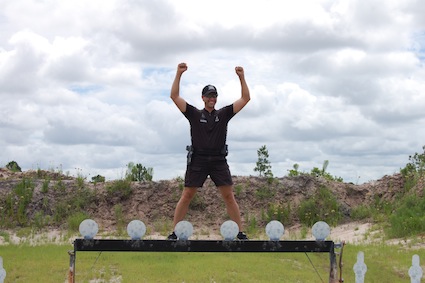 Team GLOCK Captain Dave Sevigny took home both Professional Division Championship titles. “It’s exciting to be able to take home two Pro championship titles,” stated Sevigny. “It was a close competition in the Limited match as we were grinding right down the final stage; we used the tie-breaker to determine the top three. I had more breathing room in the Open match with a lead heading into our final stage and stayed sharp through my final shots.” Sevigny competed with a GLOCK 34 in the Limited Division, and a GLOCK 17 in the Open Division; both built by S&J Custom.

Randi Rogers was named High Lady in the Limited Division, and High A Class in Open. “The Pro-Am is the most exciting shooting event I compete in all year,” stated Rogers. “The entire match is extremely fast paced where competitors are shooting as fast as they can to knock down all the targets. Nothing gets your heart pumping faster knowing that ending buzzer is coming.” Rogers competed with a GLOCK 34 in the Limited Division and a GLOCK17 for the Open Division; both built by S&J Custom. 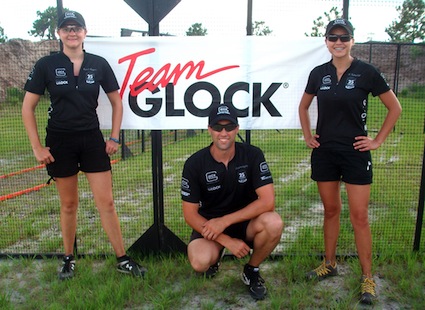 Tori Nonaka finished High Junior and High A Class in the Limited Division. “This was my third year competing in the Pro-Am, stated Nonaka. “I always enjoy coming back to compete to knock down as much steel possible.”

Randi Rogers will next be at the MGM Junior Shooter Camp, held July 22-24, in Parma, ID. The team will next compete in the Steel Challenge Colorado State Championship, held Aug. 5-7, in Ault, CO. 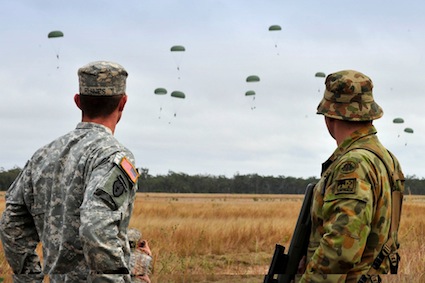 18 hrs and 271 Paratroopers: U.S. demonstrates strategic capability down under.

Team GLOCK continued their season of first-class finishes as they competed in Pro-Am Championships,…