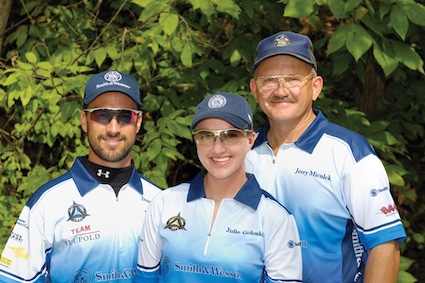 Smith & Wesson Corp., announced that Team Smith & Wesson members captured a record-setting 142 title wins during the 2010 competitive shooting season, surpassing the previous year’s record by 51 victories. In total, the 26-team members brought home 60 state/sectional, 36 regional/area, 24 national and 22 world titles. With an average of over 11 victories per month, the shooting team along with their wide array of Smith & Wesson firearms kept the competition at bay throughout the course of the season.

Following closely behind Miculek was Team Smith & Wesson Captain Julie Golob. During the 2010 season, Golob earned her tenth USPSA Single Stack title, her second IRC Championship title along with victories in Steel Challenge Production, Steel Challenge Limited and the IDPA National Championships. Not to be outdone was fellow teammate and professional shooter Doug Koenig. Koenig started out the 2010 season by winning his twelfth NRA Bianchi Cup and followed that win with his seventeenth Masters International Championship. Koenig also earned a fourth World Action Pistol Championship title, crushing his own World Record with a new one of 1920 with 189x’s.

With team wins posted in IDPA, USPSA, ICORE, Masters, Steel Challenge, NRA Action, STC, Multi-Gun and Industry Masters competitions, Team Smith & Wesson proved that regardless of the division or firearm used they were up to the challenge. Along with the 142 titles, Team Smith & Wesson also showed that it has a dedicated and talented group of junior shooters ready to take the next step. Comprised of Rachael Crow, Trevor Koenig, Janae Sarabia, Molly Smith, Lena Miculek, Shea Shelf and Coddie Lindsay, the Smith & Wesson Junior Team showed the maturity of veterans and skills to match as they represented both Smith & Wesson and its products at the highest level.

“The skill level and the desire to win was evident in this team from the very first match to the last round fired,” said James Debney, President of Smith & Wesson’s Firearm Division. “We are also proud of the performance of our Smith & Wesson products which we believe helped play an important role in the team’s success.”

Debney continued, “Not only do we have an incredible team lead by our Smith & Wesson Champions, but we also take great pride in supporting the future of the shooting sports with our very talented and inspiring group of junior shooters. On behalf of everyone at Smith & Wesson, we extend a hearty congratulations to all of the shooters who competed under our company banner.” 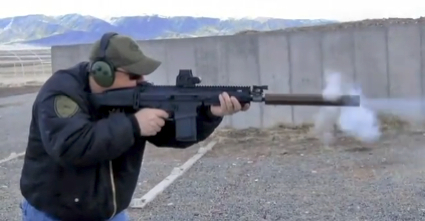