A Detroit teenager was sentenced to at least 53 years in prison this morning for the carjacking last year of an off-duty Windsor police officer.

Wayne County Circuit Court Judge Thomas Jackson ordered David Laston to serve consecutive sentences for attempted carjacking, assault with intent to murder, and using a firearm in the commission of a felony. The firearm violation carries a mandatory two-year term which must be served before he starts his 20- to 40-year sentence on the carjacking offense. The assault sentence of 31–50 years will begin when he has served the two other sentences.

Laston was convicted last month of shooting Windsor Police Officer Thomas Rettig outside a southwest Detroit auto parts store. According to testimony, Laston fired through the driver’s side window when Rettig did not immediately surrender his car.

The bullet went through the officer’s shoulder and just missed his heart. He remains on limited duty.

Rettig was unable to identify Laston, but he was caught because as he fled the scene, he slipped and regained his balance by putting his hand on the hood of a car. Investigators were able to track him down through the fingerprints and palm prints he left on the vehicle. 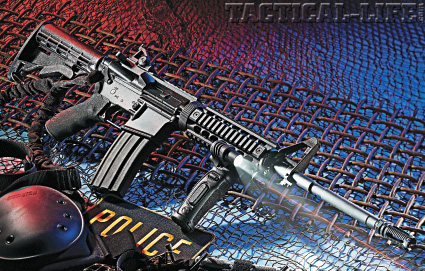