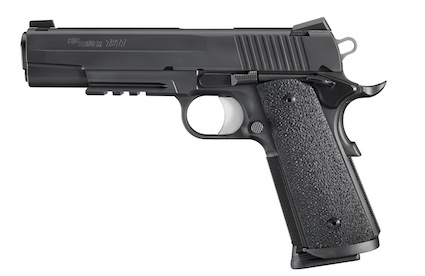 SIG SAUER has been selected by the Texas Department of Public Safety’s (DPS) Special Operations Group (SOG) to provide .45 Auto 1911 TACOPs as the agency’s official sidearm.

The intensive testing process began when the group sought out a large-caliber handgun capable of making fast and accurate follow-up shots. After intensive endurance and environmental testing was concluded, the SIG SAUER 1911 TACOPs pistol was selected by the Texas Ranger SWAT Team. Since then, DPS SOG has authorized officers the option of carrying either the 1911 TACOPs or their duty issued SIG SAUER P226 DAK in .357SIG.

The choice of the SIG556 came after an intensive testing protocol to identify and purchase a more compact 5.56mm carbine platform. With its folding stock, gas piston operating rod system and rotating bolt, the SIG556 SWAT delivered the reliability, accuracy and function sought after by this elite unit.

“We’re honored that a unit with the history of the Philadelphia SWAT has chosen SIG SAUER,” said Tom Jankiewicz, SIG SAUER director of operations, law enforcement, government and military sales. “With a major airport, three major sporting complexes and one of the nation’s busiest airports to protect, a reliable rifle like the SIG556 is a must-have.”

In 1964, the Philadelphia Police Department was one of the first agencies in the nation to create a SWAT-style unit. Originally designed to be a fast-response team to bank robberies in progress, Philadelphia SWAT has evolved into a specially trained unit. Today, the team is responsible for high-risk warrants, hostage situations, counter sniper duty, hazardous material response and barricaded suspects. 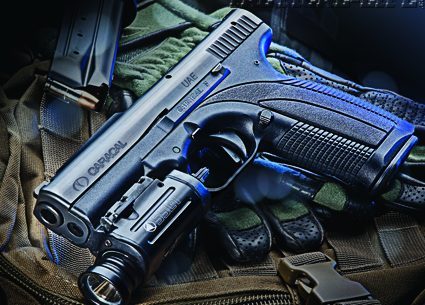