Gun rights advocates are up in arms that a Texas gun dealer was sentenced to six months in prison for selling a firearm to an illegal immigrant, but a “middle-man” who bought the gun for the immigrant — and who was in the U.S. illegally himself, but had a valid driver’s license — was never arrested, charged or deported in the case.

Paul Copeland, 56, a Vietnam veteran, was sentenced to prison time and two years probation in federal court last week for selling a gun to an undocumented alien, Hipolito Aviles, at the Texas Gun Show in Austin in January.

But Aviles wasn’t the man who handed Copeland the money for the gun. That man was Leonel Huerta Sr., who presented as identification the valid Texas driver’s license he had obtained before his visa expired in 2007.

Huerta, in a phone interview with Copeland’s attorney that was included in court documents, said he showed Copeland his driver’s license in order to purchase the gun, and it wasn’t until he was leaving the building that he handed the gun to Aviles.

But agents from the Bureau of Alcohol, Tobacco, Firearms and Explosives testified that Copeland should have known that Huerta was buying the gun for Aviles.

“Agents witnessed the Defendant (Copeland) negotiate a price for a handgun with Hipolito Aviles, who then handed cash to a second Hispanic male, who then handed Aviles’ cash and his own identification to the defendant,” the prosecution said in court documents. 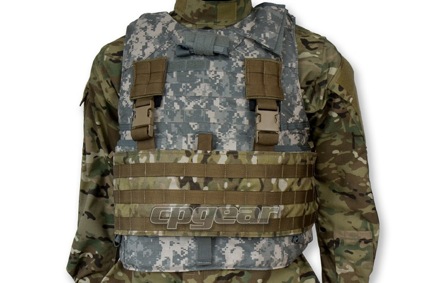