Jonathon Hartsfield and Adam Kelly live on opposite sides of San Antonio. They’d both like to have a concealed handgun license — just to be safe.

But like many of his neighbors on the low-income South Side, Hartsfield hasn’t applied for a gun permit, which costs $140 for the license fee and $100 or more for the 10-hour instruction class.
“It’s the cost and time to get it,” said Hartsfield, 22, who works at a shooting range.

Kelly, 36, lives on the North Side – one of the most popular areas for concealed handgun licenses. Two weeks ago, he attended the mandatory class to obtain his permit. “It’s the right thing to do if you’re going to have a gun.”

In a pattern that’s playing out in Houston, San Antonio and other major cities in Texas, residents in low-income neighborhoods aren’t taking advantage of the 15-year-old concealed-carry law as often as residents living in wealthier, more conservative areas.

The pattern surprises some gun owners, who wonder why more law-abiding citizens aren’t applying for concealed handgun licenses in the inner city, where rates of violent crimes are higher.

Texas trends
The trend didn’t come as a surprise to Texas Land Commissioner Jerry Patterson, who wrote the 1995 bill that created the concealed handgun license when he served in the state Senate.
“You’re talking about disposable income sufficient to take the course, pay the fee and buy a firearm,” he said.

The Department of Public Safety doesn’t identify permit-holders, but it publishes data showing the total permits issued in ZIP codes across Texas. The Texas Tribune, an Austin-based nonprofit news organization, compared the data to income levels and past presidential election results in each ZIP code and voting precinct in Texas.

The Tribune’s analysis found the number of gun permits in a neighborhood often correlates with how much money residents make, how they vote and where they live.

Patterns in Houston area
In the Houston suburb of Sugar Land, for example, 12 of every 1,000 residents was licensed to carry a concealed handgun last year. The median household income: nearly $92,000. And residents chose Republican McCain over Democrat Obama in 2008.

Meanwhile, near downtown Houston in a ZIP code where the median income is nearly $25,000 and voters in 2008 supported Obama, only about three residents in every 1,000 obtained handgun licenses.

Does it mean anything?
When the gun-permit data are viewed on a map, the pattern becomes a kind of Rorschach test that can mean different things to different people.

Is it a sign of a stark divide between liberals and conservatives? Between the haves and have-nots? Between those who embrace Texas’ gun culture and those who don’t understand it? Experts say all those factors probably play a role, to varying degrees.

One certainty: Crime rates in a neighborhood have little bearing on whether residents opt to get gun permits.

“We’re talking about a human emotion of fear of victimization. And that overpowers anything,” said John Kilburn, a professor at Texas A&M International University. 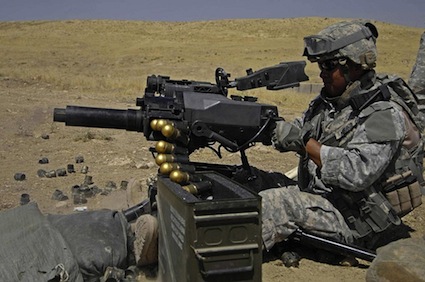 Jonathon Hartsfield and Adam Kelly live on opposite sides of San Antonio. They'd both…