A police department in southeast central Texas has released harrowing body cam footage of an officer-involved shooting that took place last month. Check it out above. Be advised, it contains graphic content.

On the night of Feb. 12, Officer Steven Laughlin of the Bryan Police Department responded to a disturbance call at a home located on the 5300 block of Mallard Drive. When he arrived, he was told by a woman there that her ex-boyfriend, later identified as 33-year-old Calvin Baker, was on her property. Baker was arrested for an incident in December and had an order of protection placed against him to stop him from contacting her, but it had recently expired.

As Laughlin was talking with the woman, Baker appeared. Laughlin started to approach Baker when suddenly he saw him reach his right hand into his pocket.

Baker’s bizarre behavior continued, saying things like “Are you ready?”

“Stop saying that man, all I want to do is talk to you man,” Laughlin can be heard saying in the video.

Baker still refused to comply with Laughlin’s request to see his right hand.

“Don’t make me do this,” Laughlin pleads at one point in the body cam footage.

Baker then quickly removed his hand from his pocket. He was holding a black object.

Laughlin took cover and fired five shots, wounding Baker. The object Baker was holding turned out to be a cell phone.

Backup arrived and Baker was transported to an area hospital. He survived his injuries and was released a week later.

The shooting was investigated by the Bryan Police Department, Texas Rangers and the Brazos County District Attorney’s Office. All three cleared Laughlin of any wrongdoing.

“I thought he responded exactly as he is trained and did a very good job in a very difficult, unexpected call,” Bryan Police Chief Eric Buske said. 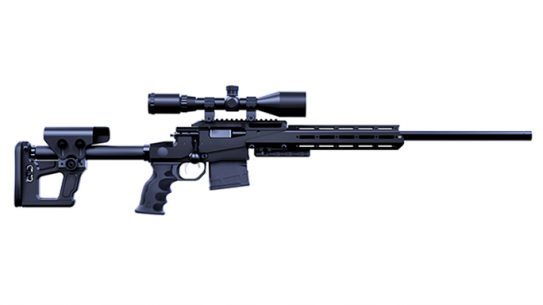