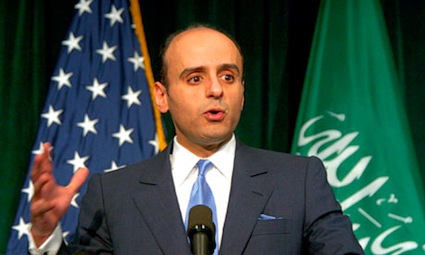 The Saudi ambassador Adel al-Jubeir was the target of an alleged plot over which two Iranians, Manssor Arbabsiar and Gholam Shakuri, have been charged. Photograph: Joe Marquette/EPA

Manssor Arbabsiar, aka Mansour Arbabsiar, pleaded guilty today in federal court in the Southern District of New York to participating in a plot to murder the Saudi Arabian Ambassador to the United States while the Ambassador was in the United States. Arbabsiar, a 58-year-old naturalized U.S. citizen holding both Iranian and U.S. passports, was arrested on Sept. 29, 2011, at New York’s John F. Kennedy International Airport. He pleaded guilty today before U.S. District Judge John F. Keenan.

Arbabsiar pleaded guilty to a superseding information that charges him with three counts. Count one charges Arbabsiar with traveling in foreign commerce and using interstate and foreign commerce facilities in the commission of murder-for-hire. Count two charges him with conspiring to do so. Count three charges Arbabsiar with conspiring to commit an offense against the United States, namely, an act of terrorism transcending national boundaries. He faces a maximum potential sentence of 25 years in prison (10 years on counts one and two, and five years on count three). Arbabsiar is scheduled to be sentenced by Judge Keenan on Jan. 23, 2013, at 11:30 a.m.

In connection with his guilty plea, Arbabsiar admitted that, from the spring of 2011 to the fall of 2011, he conspired with officials in the Iranian military who were based in Iran, to cause the assassination of the Saudi Arabian Ambassador while the Ambassador was in the United States. Arbabsiar acknowledged that at the direction of these co-conspirators, he traveled to Mexico on several occasions during 2011 in order to arrange the assassination of the Ambassador. Arbabsiar admitted that, with his co-conspirators’ approval, he had arranged to hire a DEA confidential source (CS-1), who claimed to be a representative of a drug cartel, and CS-1’s criminal associates, to murder the Ambassador. Arbabsiar further admitted that he agreed to pay $1.5 million to CS-1 and had discussed with CS-1 a plan to murder the Ambassador at a restaurant in Washington, D.C. — a plan that was approved by Arbabsiar’s co-conspirators. Arbabsiar then arranged for a $100,000 down payment, in two installments, to be wired to CS-1.

A Texas used-car salesman, who conspired with Iranian military officials in a bizarre plot to whack Saudi Arabia’s ambassador to the U.S., pleaded guilty Wednesday.

Manssor Arbabsiar, 58, a naturalized U.S. citizen with an Iranian passport, pleaded guilty to the $1.5 million murder-for-hire charges in Manhattan Federal Court in connection with a plot to kill Saudi Ambassador Adel Al-Jubeir.

The feds charged that Arbabsiar and Gholam Shakuri, a member of the Quds force Iranian military unit, conspired to kill al-Jubeir in a bombing at the diplomat’s favorite restaurant in Washington. Shakuri is still at large. 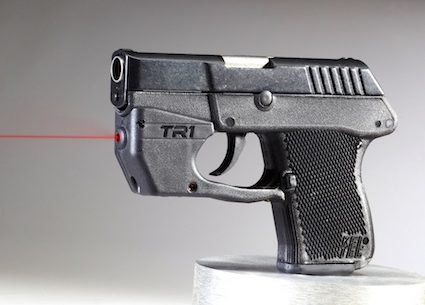