The first trailer has dropped for “Thank You for Your Service,” a new movie that depicts a group of U.S. soldiers coming home from Iraq who face the task of reintegrating back into their family and civilian lives, “while living with the memory of a war that threatens to destroy them long after they’ve left the battlefield,” according to the official synopsis.

The film—which stars Miles Teller, Haley Bennett, Amy Schumer, Joe Cole, Beulah Koale, Scott Haze, Keisha Castle-Hughes, Brad Beyer, Omar J. Dorsey and Jayson Warner Smith—is based on the 2013 non-fiction book of the same name by Pulitzer Prize-winning reporter David Finkel. The book was Finkel’s follow-up to his 2009 work “The Good Soldiers,” in which Finkel wrote about the lives of soldiers deployed with 2nd Battalion, 16th Infantry Regiment in Baghdad during 2007 and 2008.

The movie was written and directed by Jason Hall, the screenwriter for “American Sniper.” Hall told USA Today he was drawn to the project after  spending time with Chris Kyle before his death and witnessing firsthand the process of his readjustment back to civilian life.

“Coming home isn’t just about the boots on the soil: Coming home is a process of returning to self,” Hall said. “I watched (Kyle) finding his way home in the relationship with his wife, as a father to his kids, and as a man. He was murdered … so I felt like that process was cut short. In Finkel’s book, it showed that entire journey. It seemed like the second half of American Sniper.”

“Thank You for Your Service” is due out in theaters on Oct. 27. 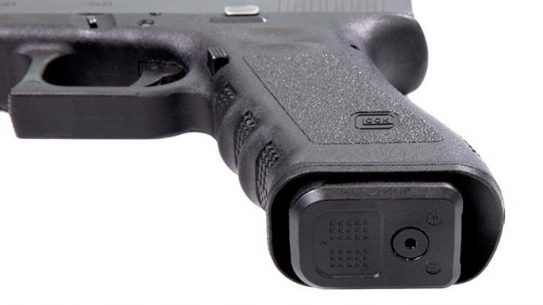 Coming in at less than $25, is Magpul's all-new GL Enhanced Magazine Well a...