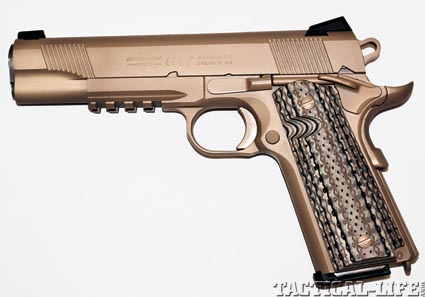 TW •  The Marines placed a $22.5 million order for the Colt M45 CQBP .45 to replace the 9mm Beretta M9.
I’m not surprised. The Marine Corps has always had an appreciation for the .45. The 9mm was never a good fit for the types of battles the U.S. military fights. When we joined NATO, our government decided it would make better sense if we use what European military forces were carrying at the time, the 9mm. With restrictions on only being able to use ball ammo during battle, the 9mm soon showed its weaknesses. For the past 10 years, special ops personnel of all branches have been given certain discretions because of their asymmetrical engagements. Since they are free to choose and selected the .45, that tells me that the U.S. military just might be ready to go back to what works best for America, instead of fitting into what the rest of the world thinks is best for us.

TW • Switching to 9mm, they said, “You can carry a lot more ammo now.”

That was one of the arguments NATO gave us almost 30 years ago. I’m not sure our leaders were pleased, but we had just won the Cold War and I think we needed to reward all the countries that stood tall between the two superpowers. That said, there was a reason our forefathers carried .45s. When the long guns melted down or ran out of ammo and the bad guys were still coming over the berms, you pulled out that .45 and took them out with one shot, center mass, in the chest. That’s all it took. When I was on-duty, all staff NCOs carried .45s. We figured we could stop the enemy from shooting at us with one shot. I’m pleased they’re bringing a terrific caliber back into the day-to-day operations of the U.S. fighting man.

TW • The Colorado massacre brought out the anti-gun crowd in force. What were your thoughts?

We’ve been on the alert for terror attacks on airplanes and sporting events, even rock concerts, and here this guy comes up with the horrific idea of shooting up a packed movie theater. An absolute tragedy, no question. Of course, the minute it happened left-wingers were shouting “Gun Control.” Isn’t it curious that the areas that have the most stringent gun laws have the most crime? Places like New York City, Chicago, Washington, D.C. Bad guys know people can’t have guns to defend themselves in those cities.

TW • The Army had a setback recently when it cut the XM806 lightweight .50 machine gun program. The gun, much lighter than the .50 M2 and the M2A1, was to be deployed this year, but delays pushed the date to late 2013 and 2014. Earlier this year, the Army said it would upgrade every M2 to the M2A1. Are budget cuts hurting our military?

That gun would save lives and help our military­—the ones who step up to the plate for us all. With the weight reduced, we could carry more heavy weapons. But the politicians are caring more about budgets these days than military strength. I’m worried about what’s happening to our military strength because of budget cuts.

TW • What was your reaction when the Navy announced that its newest class of aircraft carriers, the Gerald R. Ford class, would be what they call “gender neutral”? No urinals.

I’m not a shot caller. Let the Navy have its way. It’s a good thing, though, that carriers don’t usually bounce around like other ships. With urinals, you can steady yourself with a hand on the wall. With commodes, there is going to be a lot of pissing on the floor. And you know as well as I do that Marines are hardwired to leave the seat up. I was that way once, but had to change my ways while raising five daughters to stop them from ganging up on me.

I did pretty well at the National Rifle Matches at Camp Perry. Soon, on September 22, I’ll be leading the Gunny Challenge with the GSSF in Conyers, Georgia. Competitors will have a chance to win over $6,000 cash and a Glock pistol. Last year I went head-to-head with Travis Tritt.

TW • Any new movies coming up?

I’m in The Watch, which just came out in July. I had this bucket list ambition to work with the terrific actors Vince Vaughn and Ben Stiller in a comedy. Mine is a camero role I couldn’t turn down, especially when you add in the young actor Jonah Hill, who was up for an Academy Award in Moneyball. The Watch was originally called Neighborhood Watch, but the title had to be changed because of the Zimmerman affair. Anyway, I loved doing it and I always enjoy filming in Atlanta. I can check in with Glock nearby.

TW • Everybody comments on the great shape you’re staying in today. Do you still jog with your boots on, like you did with the recruits in
Full Metal Jacket?
I was younger back when I jogged with the recruits for Full Metal Jacket. Today, in my 60s, I usually jog on the treadmill. But when I can, I still hit the road outside with my boots on! I can still get up the hill. I just can’t go as fast or as far. 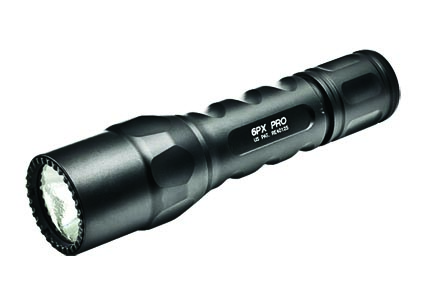