TW • The first female Marine lieutenants are taking Combat Leadership Tests at Quantico, VA. It’s a grueling, hard course for 86 days where one in five of all Marines taking the course fail. What’s your opinion?

While I think it is great that women want to be there, I hope the military brass doesn’t relax the standards. But that’s the problem, things like telling the men they have to do three pull-ups or get kicked out of the school, then telling the women they only have to do one—or just hang on the bar. Wait a freaking minute! Aren’t they all doing the same job in the field? If these women want to go into combat with the men, in my opinion, they’ve got to perform like the men.

TW • On a typical patrol, a Marine carries 70 to 80 pounds of gear. Is it hard for a woman to handle that?

Absolutely. And while it’s sometimes said that women are as physically tough as men, they’re damn sure not as strong as men. You get into a combat situation, you’ve got an 80-pound pack on your back, you’ve got five canteens around your waist, you’re carrying a base-plate for a mortar—because that’s shared amongst the platoon—you’re carrying a couple of mortar rounds weighing about 10 pounds each—they’re spread out through the platoon. If a woman can’t physically do it, the guys have to carry her share of the load. Is that fair to the men—carrying all the stuff she can’t carry? It will affect unit cohesion. God bless their souls for wanting to help, but if they can’t carry their share of the load in combat, we don’t want them in combat. 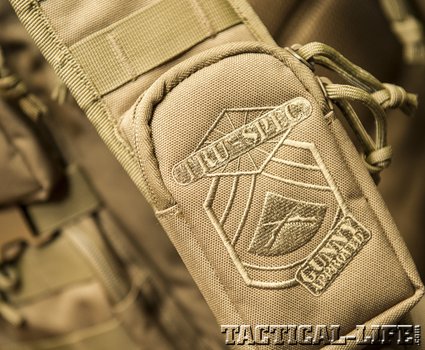 TW • The Marines have announced that the three Marines who urinated on a dead Taliban in Afghanistan are being punished. The exact sentences were not revealed. Any problem with that?

Unfortunately things like that happen in the heat of battle. I think it’s something that should not have happened. Their CO can take care of something like this, however it is not something they should be kicked out of the Corps for.

Nobody picks on the big strong guy, do they? We’ve been that guy for years, and now they want to drain our military strength, and the military leaders are up in arms concerning this serious matter.

TW • There are three books out now proclaiming to have the real inside story on the Navy SEAL raid that took out Bin Laden. Have you read any of them yet?

Not yet, but I’m itching to read the one the Navy SEAL wrote—the guy that was threatened with all sorts of disciplinary action. [The book is No Easy Day: The Firsthand Account of the Mission That Killed Osama Bin Laden, by Mark Owen and Kevin Maurer.]

TW • What have you been reading?

There’s one that really knocks me out. It’s called Video Games and Machine Guns: A Wyoming Marine in Afghanistan, by Thomas K. O’Neal. (Available on the internet at videogamesandmachineguns.com ) This puts you right in the boots of our Marine brothers fighting the Taliban in the notorious Helmand Province. The book also focuses on the home front, showing how this particular family endured through the fighting, how they communicated, the organizations they belonged to, how they stick together with other families with the same concerns. The author handed me a signed copy at a trade show. He and his wife were in the Army, and the Marine in the book is their son.

TW • You’ve been travelling quite a bit—what is your main go-bag?

When I go on the road for six days or less, I can carry everything I need in the Tru-Spec Gunny Approved Backpack slung over my shoulder. It fits in the overhead—I avoid baggage lines and fees. I designed it to hold my stuff in separate compartments, with long zipper pulls. With short zipper pulls, you have to stuff things into the compartments. You can’t organize your stuff. The Gunny Pack holds everything I need for six days. I worked with the Tru-Spec folks during my travels, making notes and suggestions, and they came up with the exact way I thought a pack should be.

TW • What is your take on the terrorist attack in Benghazi? The administration tried to tell the world it was outrage over an anti-Muslim film. You didn’t need to be an Einstein to see it was a terrorist attack. Our Ambassador was asking for help weeks before the attack. He didn’t get any. We weren’t ready when the attack came.

TW • During the third election debate, President Obama jabbed at Mitt Romney with the comment, “…we also have fewer horses and bayonets, because the nature of our military’s changed.” What say you?

The command “Fix Bayonets!” still has a jolt and strong meaning in Marine missions. First, bayonet training in close-quarters combat builds skills and confidence. The bayonet is a valuable tool in the field, performing many tasks. The bayonet can be a weapon of last resort, when your ammo’s gone and you’re being over-run. In modern urban warfare situations, your bayonet out front helps you advance into buildings and rooms, clear streets.