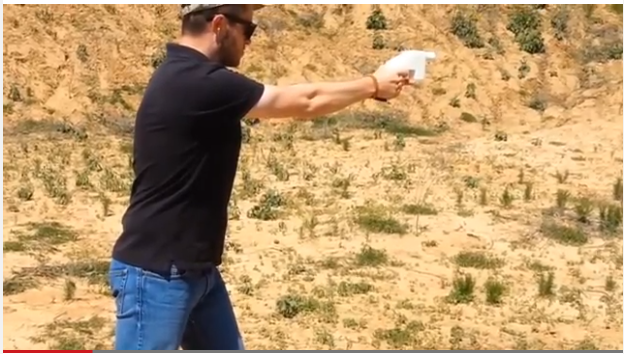 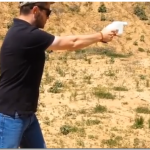 The (almost) all-plastic 3D-printed Liberator pistol was announced by Defense Distributed late last week, but with the gun’s blueprints and construction details now live on the company’s own DefCAD design site, it’s also released a video taken during its testing. In front of a Forbes onlooker, the clip apparently shows a .380 caliber bullet being fired by the Liberator.

The only non-plastic part of the design is a common nail, which acts as the firing pin. Defense Distributed’s founder Cody Wilson has worked over a year on the project, apparently citing the one-shot pistols that were designed to be air-dropped over France during World War II as inspiration — also called the Liberator. This modern version is, however, formed of 15 components made inside a Stratasys Dimension SST 3D printer. The video of the test shot and more details are right after the break.

One of the more notable design twists is the use of vaporized acetone which reduces friction between the polymer components within the barrel. The test apparently went well, with Forbes reporting that the gun received no visible damage — although there was a misfire during another test when the aforementioned firing pin failed to hit the cartridge’s primer cap. Another test, however, using a rifle cartridge (with the trigger pulled at a distance) caused the handgun to explode. 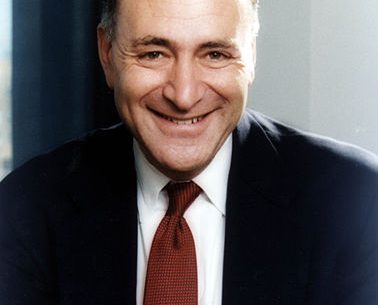