Only about 10 percent of the nation’s 100,000 licensed gun dealers are audited each year by the Bureau of Alcohol, Tobacco, Firearms and Explosives (ATF). The ATF cannot fine wayward dealers; its only tool at the moment involves revoking a miscreant’s license. And that happens only about 100 times annually.

But even this level of scrutiny rankles the National Rifle Association, which is pushing for legislation that threatens to gut the ATF’s already limited ability to keep illegal guns off the streets. The bill, formally known as the ATF Reform and Firearms Modernization Act, is making headway in both houses of Congress, with hearings likely to take place in the Senate this month. The bill should be dramatically rewritten or scrapped altogether.

Gun dealers make some legitimate arguments for revamping the ATF. Dealers say that the laws governing their business are often so vague that the ATF could pounce on an innocent typographical mistake to put their licenses in jeopardy. More precision in the language would help dealers know what is expected and give the ATF a solid legal basis to act. The bill would also allow the agency — apparently for the first time — to exact a sliding scale of fines.

Read more of this article at The Washington Post. 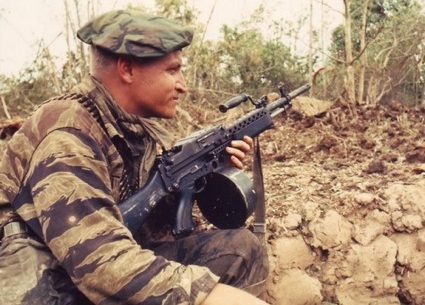 Assault Rifle of the Week

Only about 10 percent of the nation's 100,000 licensed gun dealers are audited each…