Another military movie? Hey, we’re not complaining. Just one month after “Mine” — a film about a US soldier forced to survive 52 hours with his foot on a landmine — gets released, another flick called “The Wall” hits theaters. In this taut thriller, a sniper-spotter team are pinned down — one out in the open, the other behind a crumbling brick wall — in the middle of the desert by an Iraqi sniper who proceeds to play a deadly game of cat-and-mouse with them.

If we’re being honest, we see a few similarities between “Mine” and “The Wall” (both are tense military thrillers set in one location), but that’s definitely not going to stop us from seeing both.

Check out the official synopsis below.

“The Wall” follows two soldiers pinned down by an Iraqi sniper, with nothing but a crumbling wall between them. Their fight becomes as much a battle of will and wits as it is of lethally accurate marksmanship.  Directed by Doug Liman (Mr. & Mrs. Smith, “The Bourne Ultimatum,” “Edge of Tomorrow”), “The Wall” stars Aaron Taylor Johnson (“Nocturnal Animals,” Kick-Ass,” “Savages” “Godzilla,” “Avengers: Age of Ultron”) and WWE star John Cena (“Trainwreck,” “Daddy’s Home”), Written by first-time screenwriter Dwain Worrell, “The Wall,” was produced by Amazon Studios, Big Indie Pictures and Picrow. The film is produced by David Bartis. Executive Producer is Ray Angelic. Associate Producer is Alison Winter. FilmNation is handling international sales. 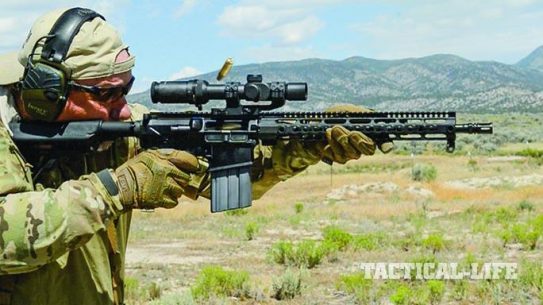