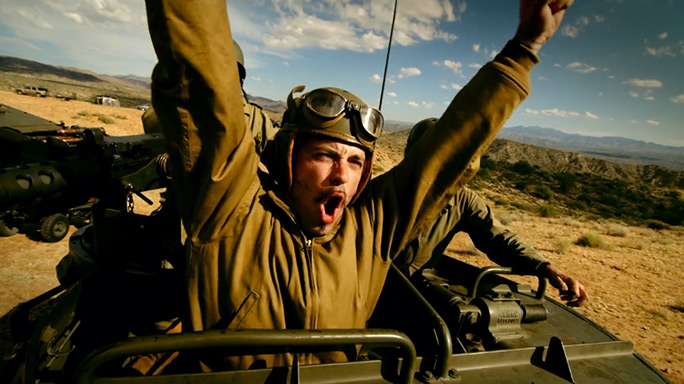 The following is a release from the Smithsonian Channel:

History buff and restoration expert Paul Shull goes on a quest to get his hands on some of the world’s rarest and most remarkable pieces of military history in the new Smithsonian Channel original series, The Weapon Hunter. The six-episode series chronicles Shull’s adventures as he finds, fixes, and fires the antique weapons that have been used throughout history. The Weapon Hunter premieres Monday, Oct. 5, at 8 p.m. EST.

Shull enlists the aid of a loosely knit network of history-obsessed collectors. They’ve spent decades – and small fortunes – amassing surprising and extraordinary military collections that rival those found anywhere. Now, they’re opening their doors to their secret world to allow Shull the chance to come face to face with history.

The series premiere finds Shull in the Pacific Northwest, where he assists an enthusiastic collector who is hoping to get his prized possession, a World War II-era Sherman M10 Tank, back on the road in time for Veteran’s Day. While searching for parts needed for the rebuild, Shull scours the stock of other tank-obsessed collectors scattered along the West Coast, gets behind the wheel of the Sherman’s most feared rival, the dreaded German Tiger, and fires off some rounds from a tank-busting cannon.

Other episodes of The Weapon Hunter:

THE WEAPON HUNTER: SNIPER RIFLES
Premieres Monday, Oct. 12 at 8 p.m. EST
Shull sets out on a cross-country quest to settle a 70-year-old argument about which was the deadliest sniper rifle of World War II. To settle this dispute, Shull turns to collectors who help him get his hands on sniper versions of the British Lee Enfield, the American M1 Garand, the German Mauser K98, and the Soviet SVT40. Along the way, he gets caught up in a quest for the holy grail of the collecting world, authentic World War II sniper scopes. Shull puts the best World War II rifles to the test, under the guidance of an ex-special forces marksman who introduces him to what being a sniper is all about.

THE WEAPON HUNTER: CIVIL WAR CANNONS
Premieres Monday, Oct. 19 at 8 p.m. EST
Shull goes on a journey into the past to compare the greatest cannons of the Civil War. He travels through the backwoods of Tennessee, the hills of Kentucky, and the mountains of Oregon in hopes of finding and firing the two deadliest pieces of light artillery of the conflict: The Union’s “Parrott Gun” and the Confederacy’s “3-Inch Ordnance.” Light and lethal, both cannons shot accurately past 2,000 yards. With the help of cannon-builders, re-enactors, and collectors, Paul casts his own cannon projectiles, restores and fires replica howitzers, and then brings the rival artillery together for a showdown to see which iconic weapon is best.

THE WEAPON HUNTER: NAZI ASSAULT RIFLE
Premieres Monday, Oct. 26 at 8 p.m. EST
Shull goes on a quest to find and fire one of the most advanced weapons of the Second World War: the Nazi’s legendary FG-42 assault rifle. Developed during the height of World War II, the FG-42 light machine gun was designed to be carried into battle by Hitler’s paratroopers, the dreaded Fallschirmjager. But getting his hands on one won’t be easy. Only a few dozen FG42s are known to exist in North America, and these rare firearms can sell for $300,000 at auction. Even if he can track one down, convincing the owner to let him fire this valuable weapon may be an impossible task.

THE WEAPON HUNTER: MONSTER MACHINE GUN
Premieres Monday, Nov. 2 at 8 p.m. EST
Shull travels to the Deep South to rebuild a ferocious anti-aircraft weapon from World War II: the Quad 50. Four .50 caliber machine guns linked together and fired from an electronic turret, the Quad 50 once downed Luftwaffe aircraft, and brought down sniper nests. This firepower first saw action in World War II and was used extensively in the Korean War and Vietnam. But Quad 50s are rarely seen today, and working versions are even scarcer. If Shull can put together a restored Quad 50 – and fire all massive barrels simultaneously – it will be one of only a handful of working models in North America.

THE WEAPON HUNTER: FLAMETHROWERS
Premieres Monday, Nov. 9 at 8 p.m. EST
Shull sets out on his most dangerous quest yet when he attempts to find and fire one of history’s most terrifying weapons the flamethrower! But tracking down one of these rare weapons will not be easy. In an effort to keep them out of private hands, the U.S. government destroyed many of them following World War II. These days, finding spare parts, let alone a functioning unit, is quite rare. With the help of a super-collector and one the world’s leading flamethrower experts, he’ll try to rebuild a rare model from World War II and get a firsthand lesson in how it helped turn the tide of the war in the Pacific. 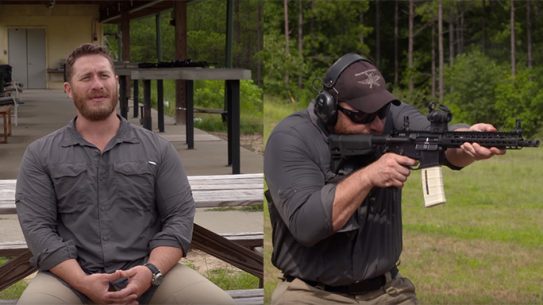